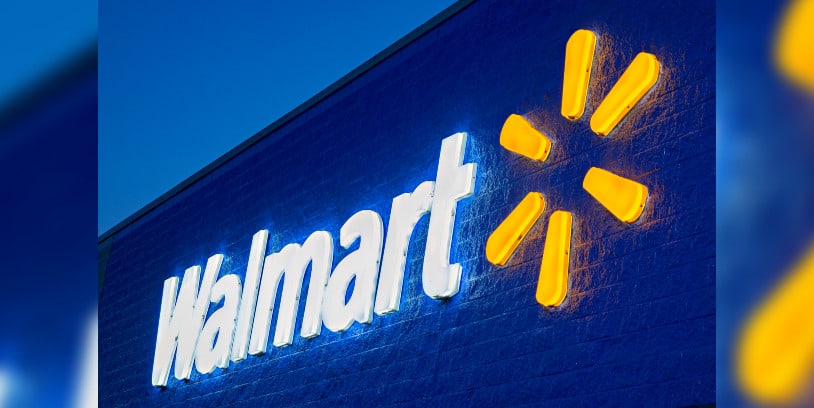 Retail giant Walmart emphatically rejected a lawsuit filed against the company by the Federal Trade Commission (FTC) for allegedly allowing its money transfer services to be used by fraudsters, who stole hundreds of millions of dollars from consumers.

In its lawsuit, the FTC alleges that, for years, Walmart turned a blind eye while scammers took advantage of its failure to properly secure the money transfer services offered at its stores. The FTC said the retail chain did not properly train its employees, failed to warn customers, and used procedures that allowed fraudsters to cash out at its stores.

The Commission is asking the court to order Walmart to return money to consumers and to impose civil penalties for Walmart’s violations.

In a press release, Walmart responded to the allegations. It said a narrowly divided Federal Trade Commission filed a misguided lawsuit against the company regarding the money transfer services they offer to consumers.

Walmart said it has a robust anti-fraud program to help stop third-party criminals who try to use money transfer services to commit fraud, and only a minuscule number of transactions are even alleged to be fraudulent. “In fact, Walmart has stopped hundreds of thousands of suspicious transactions totaling hundreds of millions of dollars.”

Meanwhile, FTC’s Bureau of Consumer Protection, Samuel Levine, said, “While scammers used its money transfer services to make off with cash, Walmart looked the other way and pocketed millions in fees. Consumers have lost hundreds of millions, and the Commission is holding Walmart accountable for letting fraudsters fleece its customers.”

Money transfers are services people use to send money to a recipient elsewhere. Fraudsters often use them in a wide variety of scams because they are nearly impossible to retrieve after the money has been picked up.

The FTC’s lawsuit cites numerous cases in which law enforcement investigations found that scammers relied on Walmart money transfers as a primary way to receive payments, including in telemarketing schemes like IRS impersonation schemes, relative-in-need “grandparent” scams, sweepstakes scams, and others. Based on information from fraud databases maintained by MoneyGram, Western Union, and Ria, from 2013 to 2018, more than $197 million in payments that were the subject of fraud complaints were sent or received at Walmart, with more than $1.3 billion in related payments also possibly connected to the fraud.

For its part, Walmart asserts that, despite the retailer’s anti-fraud programs,” the FTC is trying to blame the company for actions by third parties, including fraud the FTC has already acknowledged was caused by another company, while that company was under federal government oversight through a compliance monitor, and during a period when that company’s own fraud prevention system had failed.”

Walmart believes this lawsuit is factually misguided and legally flawed. “In fact, it was approved by the FTC by the narrowest of margins after Chair Lina Khan refused Walmart the due process of hearing directly from the company, and then the Department of Justice refused to take this case to court.”

The retail company adds that even though the DOJ did not accept this lawsuit and that two of the FTC’s commissioners voted against it,” the FTC has unfortunately chosen to pursue a misguided lawsuit that distorts existing law by attempting to hold Walmart strictly liable for the wrongdoing of third-party criminals, despite all our efforts to stop fraudsters.”

Walmart said it will defend against this lawsuit aggressively.

The FTC filed the complaint in the U.S. District Court for the Northern District of Illinois.