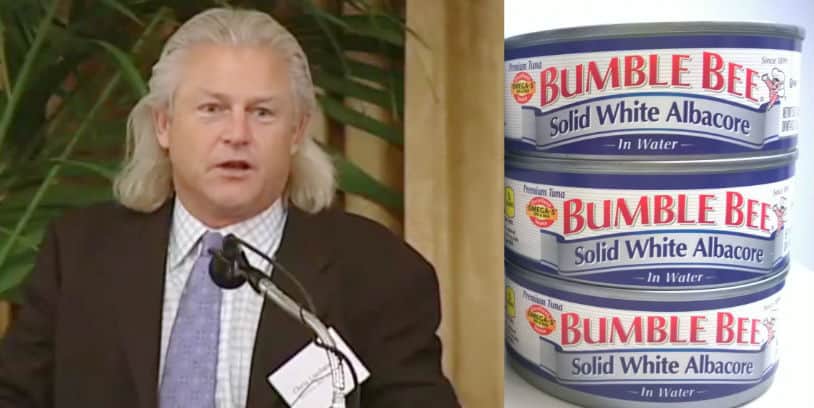 Christopher Lischewski, former Chief Executive Officer and President of Bumble Bee Foods LLC, was sentenced to serve 40 months in jail and pay a $100,000 criminal fine for his leadership role in a three-year antitrust conspiracy to fix prices of canned tuna, the Department of Justice announced.

Lischewski was charged on May 16, 2018, in an indictment returned by a federal grand jury in San Francisco. After a four-week trial in late 2019, he was convicted on the single count of participating in a conspiracy to fix prices of canned tuna.

In imposing Lischewski’s 40-month prison sentence, the Court found that Lischewski was a leader or organizer of the conspiracy and that it affected over $600 million dollars of canned tuna sales, said the Department of Justice in a press release.

“The sentence imposed today will serve as a significant deterrent in the C-suite and the boardroom,” said Assistant Attorney General Makan Delrahim of the Justice Department’s Antitrust Division.  “Executives who cheat American consumers out of the benefits of competition will be brought to justice, particularly when their antitrust crimes affect the most basic necessity, food.  Today’s sentence reflects the serious harm that resulted from the multi-year conspiracy to fix prices of canned tuna.”

Bumble Bee pleaded guilty and was sentenced to pay a $25 million criminal fine. In September, StarKist Co. was sentenced to pay a statutory maximum of $100 million criminal fine. In addition to Bumble Bee and StarKist, four executives, including Lischewski, were charged in the investigation. The other three executives pleaded guilty and testified in Lischewski’s trial.

“This sentence is the result of our commitment to holding corporations and senior leadership accountable for their actions, whether they operate in the food supply industry or elsewhere,” said FBI San Francisco Division Special Agent in Charge, John F. Bennett. “This brings us closer to our goal; allowing our citizens to be able to purchase food in an unbiased market within an efficient and fair economy, free of corporate greed.”

The sentence announced Tuesday, June 16, is a result of the Department’s ongoing investigation into price-fixing in the packaged seafood industry, which is being conducted by the Antitrust Division’s San Francisco Office and the FBI’s San Francisco Field Office.