Home » News » What food is consumed by the billions on Super Bowl Weekend? 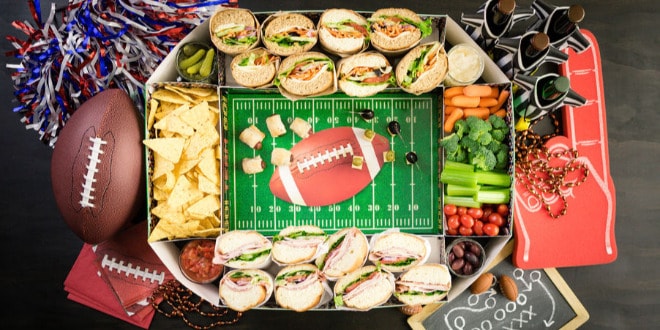 With the Super Bowl airing this Sunday, many are planning a night filled with friends, family and food. Speaking of food, it’s not a Super Bowl party without an assortment of food and beverages. Even if it’s not a party, the Super Bowl is legendary for its commercials, half time and great food.

Although the football event has no specific traditional food like Thanksgiving turkey or Valentine’s Day chocolates, if it did, it would probably be chicken wings. Why do I say this? Well, according to the National Chicken Council’s (NCC) 2018 “Chicken Wing” report, it projects that fans will eat an amount of 1.35 billion chicken wings during Super Bowl weekend. That number is up 1.5% and 20 million wings more than the 2017 football event.

According to Feedstuffs, NCC spokesperson Tom Super said, “Whether you’re a fan of the left wing or the right wing, there’s no debate about America’s favorite Super Bowl food.”

According to the report, fans like they’re chicken wings accompanied with these sauces: ranch dressing is at the top of the list with 59%; buffalo/hot sauce and BBQ sauce both at 48%; honey mustard at 35%; blue cheese at 33%; teriyaki sauce at 23% and sriracha at 15%.

According to a Statistica report that showed purchasing preferences for Super Bowl Sunday from 2013 to 2018, 82% of people said they were planning to purchase food and beverages.

Chicken wings in the U.S. are an $880 million-dollar industry for poultry producers. However, according to the USDA, chicken wings are currently just $1.56 per pound.

More soups are making an appearance on Super Bowl night

“…This year, we’re seeing more soups on the list than ever before, ranging from cold-weather favorites like White Chicken Chili and Potato Soup to some more unique flavors like Dill Pickle Soup in Kansas,” said Audra Carson, head of content marketing and media platforms at General Mills.

Although preferences ranged from state to state, there was a tie among the three most popular foods pulled from their data, which were Sausage Cheese Balls, Chex Mix and Buffalo Wings or Buffalo Chicken Dips.

Whether its casseroles, an assortment of dips or hamburgers, the data shows that Americans love to eat on game night. So, with the big event on its way, head to the grocery store this weekend, stock up on your Super Bowl Sunday favorites and enjoy game night.