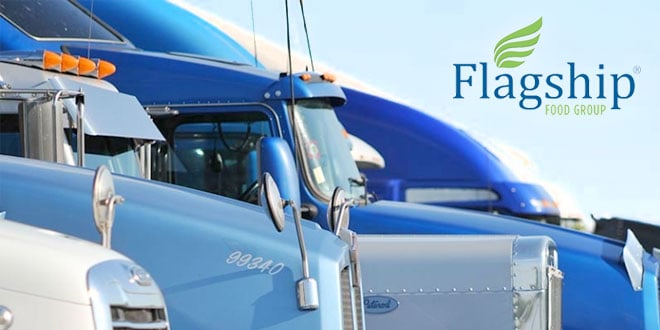 The CEO of Flagship Food Group, Rob Holland, and Governor of New Mexico, Susan Martinez, declared that Flagship will expand their distribution facilities to the Albuquerque area. They plan on investing $3 million to serve their customers from one point of distribution, a 76,000-square foot frozen distribution warehouse.

Flagship’s 505 Southwestern Brand logo is a popular one produced in New Mexico and branded as a true New Mexican product. The state continues to show support for the frozen food company and for their investment in the state.

Nearly $100 million Flagship products are sold from Los Angeles to London, spreading the New Mexico flavor across 125,000 points of distribution.

“Since day one, we’ve been fighting hard to make New Mexico more competitive with surrounding states through reforms like cutting taxes and streamlining regulations,” Governor Martinez said. “Results like these mean more jobs for New Mexicans, and give us even more momentum to build on as we keep working to grow and diversify our economy.”

CEO Holland said, “We are grateful for the support and business-friendly environment that New Mexico has given us. Our new distribution facility in New Mexico will help us better serve our customers and represents another important step in the growth and development of our company.”

The Flagship warehouse will feature a research and development center

The warehouse facility is expected to be running by early next year, featuring a research and development center, as well as creating 200 jobs.

The company is based in Greenwood Village, Colorado and is a producer of Mexican-style frozen food products such as salsas. They are a global food company that reaches club stores, retail and food channels. Aside from 505 Southwestern, the company owns other brands such as Lilly B’s, TJ Farms, Su Ming and Chris & Pratt’s. They are also suppliers to private label customers, such as their Trader Joe’s salsa line.

They employ more than 500 people, as well as operating facilities in Denver, Los Angeles, Boise, Idaho, Albuquerque, Indianapolis and Minnesota.