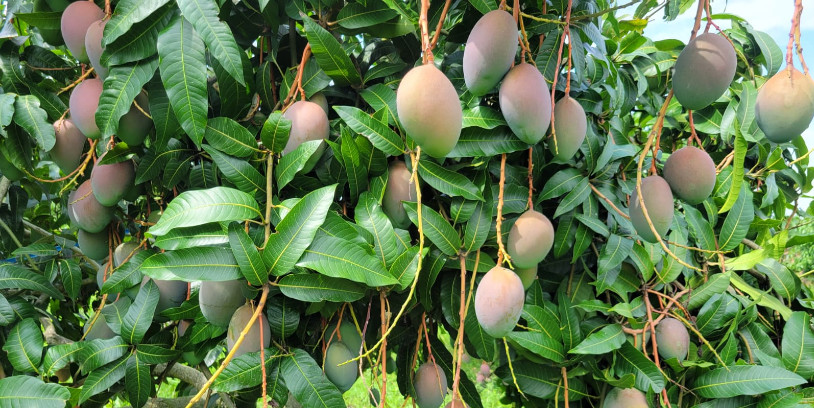 The first container of fresh Colombian mangoes arrived Wednesday in the United States at the port of Savannah, Georgia. From there, 20 tons of the fruit will be transferred to Gulf Port Mississippi to be distributed across the Southeast Coast of the United States.

According to ProColombia, after several years of negotiations between government entities in Colombia and the United States, in 2022, Colombian mangoes entered the US market. Expectations for the mango sector in Colombia are high, given that the United States imported $552 million in 2021 and has registered a growth of fresh mango purchases of 29% from 2018 to 2021.

The opportunity for Colombia’s fresh fruit to have greater access to the U.S. market is the result of a joint effort by the Ministry of Commerce, Industry and Tourism, the Ministry of Agriculture and Rural Development, the ICA, ProColombia and the Colombian Embassy in the United States, ProColombia said in a press release.

“The first export of fresh mangoes to the United States represents a great opportunity to consolidate the exportable supply of fresh fruit, generating formal employment and opportunities in rural areas in our country. We will continue working to promote national food production to achieve food sovereignty, and in this way achieve balance in trade matters,” said the Minister of Trade, Industry and Tourism of Colombia, Germán Umaña Mendoza.

These mangoes were grown at the Varahonda Farm in the municipality of Palmira and were packed at Frutales Las Lajas in Zarzal, in the department of Valle del Cauca. They are being exported by Trópico Produce SAS and imported by American company Seasons Farm Fresh Inc.

Nick Bernal, CEO of the American Importer Seasons Farm Fresh Inc., believes Colombian mangoes will start playing a competitive role within the market in the upcoming months. “We know that mango consumption in the US is very high, and Colombia, besides having many logistical advantages, such as several ports across the territory in the Pacific, the Caribbean, and the Atlantic, as well as a strategic geographical location close to the U.S., has one additional asset: it can produce mangos all year long.”

“We began by importing in this shipment Keitt mangoes, but soon, we also expect to bring baby mangos, which could become highly popular amongst the American’s palates.”, Bernal added.

“This is great news for Colombian mango exporters, as this product has been growing significantly in its exports and is now entering a market that offers multiple business opportunities. The international success of the fruit will undoubtedly bring development to different regions of the country and contribute to the construction of Total Peace within our territories,” said Carmen Caballero, president of ProColombia, the agency part of the Ministry of Trade, Industry, and Tourism, in charge of promoting non-mining exports internationally.

The United States adds to the more than eight countries to which Colombian mangoes are already being exported: Canada, France, the Netherlands, Belgium, the United Arab Emirates, and Qatar, among others.

Colombia has production capacity for this product every month of the year. According to the Minister of Agriculture and Rural Development, Cecilia López Montaño, “there are approximately 35,000 hectares of mangoes in Colombia distributed in 22 departments, of which Cundinamarca is the largest producer, followed by Antioquia and Norte de Santander.”

The Government, with ProColombia and other national institutions, is working to seek greater access to the US for other agricultural products, such as passion fruit (gulupa, granadilla, yellow passion fruit, and curuba), beef, and poultry.