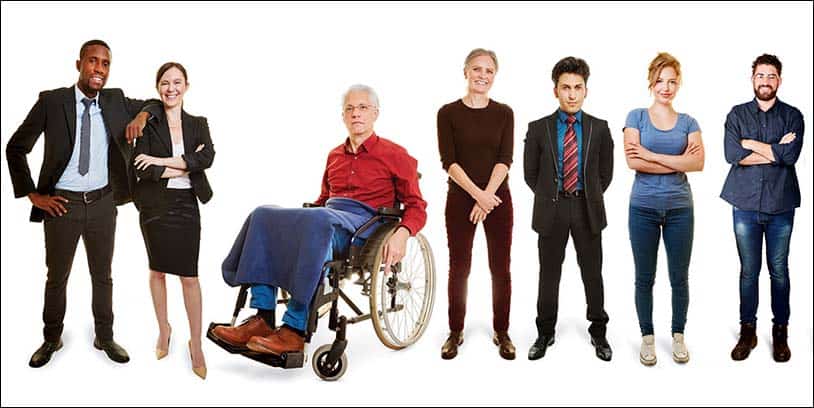 With the onset of the Covid pandemic in 2020, our industry experienced supply chain issues like never before. After a steep, accelerated learning curve, permanent solutions were identified and implemented, resulting in supply chain efficiencies. Those supply chain improvements will continue well beyond the pandemic has ended. Another area that companies have also been working on lately is diversity and inclusion initiatives.

This 2021 was another year of unprecedented challenges in our industry. It brought a labor shortage which also impacted the supply chain, from farm to store. It has left all participants along the chain scrambling to create compensation, culture, and training programs to attract potential employees, and most importantly, hire and retain them.

One of the efforts I have seen increasing is communication by the organization about its diversity and inclusion (D&I) initiatives. Of course, I support D&I efforts, but it’s how those efforts are implemented and communicated internally and externally which concerns me.

With several presidential executive orders, beginning in 1961, employers were required to provide applicants with equitable treatment in hiring and employing all individuals regardless of “race, color, religion, sex, or national origin.” This was 60 years ago, and today we are still working toward achieving the mandate set forth by President Kennedy. The “end” is absolutely on target, and it’s the “means” with which I take exception.

Have we created culture change or marketing campaigns to achieve diversity and inclusion in our workplaces?

I started my career in 1983 when employers were making it known they were increasing their efforts to hire minorities. As a woman, I received many phone calls from recruiters stating, “The client really wants to hire a woman.”

I later learned recruiters earned a bonus for identifying a female candidate who a client ultimately hired. And sadly, I realized they were paid a higher bonus if the candidate was a person of color.

I chose not to interview with these companies if that was the only reason they were interested in speaking with me. I learned firsthand what the unintended fallout was from their recruiting and hiring actions and marketing of those actions. While it might have provided a “pat on the back” to the board and senior management for implementing these actions, there was not a culture change and buy-in throughout the organization.

I was hired by a company that was expanding its sales force. I would imagine they were also trying to increase the representation of women in their organization, as when I started, I was one of only two women among a region of 80 sales and sales management employees. What I experienced indicated to me there was no buy-in to the desired culture change.

On many occasions, I had male colleagues tell me, “The company only hired you because you are a woman.” This happened on many occasions. I even had a grocery buyer in one of the retail stores in my territory tell me he wouldn’t meet with me because I took a man’s job.

We had Affirmative Action in the ’80s; now we call it Diversity and Inclusion. There is no arguing that the end goal is absolutely where we need to be for many reasons, but how we achieve it needs improvement.

I caution that when an organization cannot change its culture, diversity and inclusion will only become the latest industry buzzword or an organization’s marketing campaign; it will become a program, and programs come and go.

There are few employees left who lived through the Affirmative Action of the 70s and 80s who can now see the potential for repeating the successes and failures of those efforts; I have been around to witness both.

Those creating diversity and inclusion initiatives today do not have the benefit of experience to know where the “watch-outs” are. The most significant fallout is to the candidates hired under these initiatives; sadly, colleagues will hold their hiring status against them. It will happen; I lived it. If we haven’t learned from the experiences of the past, those mistakes will happen again.

Move forward with diversity and inclusion, but make sure the organization’s culture supports the initiative; your current and newly hired employees will recognize change culture versus a marketing campaign.