Home » News » Daisy Brand Partners with the Mexican National Team for its U.S. Tour and Road to Russia 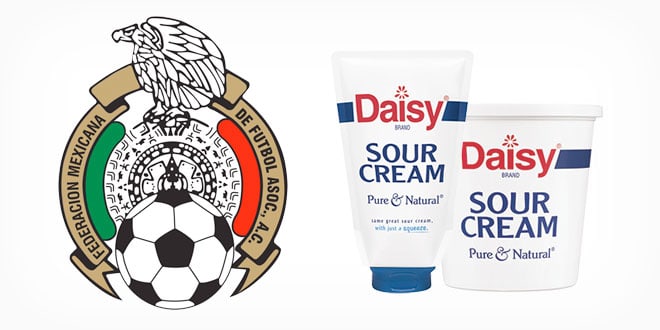 Daisy Brand and the Federación Mexicana de Fútbol (FMF), the national governing body for the sport of soccer in México, announced a multi-year partnership, designating Daisy as the Official Sour Cream of the Mexican National Team’s annual U.S. Tour, now in its 16th year.

Daisy Brand will receive exclusive promotional rights across the Mexican National Team’s U.S. Tour. One focus of the partnership will be a custom content series highlighting the role that family, food, and traditions play in the lives of Mexican National Team players. This content will be rolled out on the road to this summer’s FIFA World Cup in Russia.

“Few things bring family and friends together like the love of food or fútbol,” said Taylor Beckstead, Daisy Brand Sour Cream Marketing Lead. “As a family-owned company and a brand known for making family meals better, we’re thrilled to partner with the Mexican National Team and link these common passions for fútbol fans across the U.S.”

The Mexican National Team will kick off the 2018 U.S. Tour — and the team’s preparation ahead of the World Cup — in San Antonio’s Alamodome on January 31 with a match against Bosnia-Herzegovina.

México, which finished first in the CONCACAF region to qualify for Russia 2018, will use the matches to fine-tune its squad as head Coach Juan Carlos Osorio looks to solidify the lineup.

Now in its 16th year, the annual Mexican National Team U.S. Tour matches have become one of the most popular events in the sport, with an average of approximately 50,000 fans per game.

With nearly 80 games played since 2002, the Mexican National Team has been able to use the matches not only as a way to prepare for important competitions like the FIFA World Cup and CONCACAF Gold Cup, but also to reach their fervent fan base in the United States.