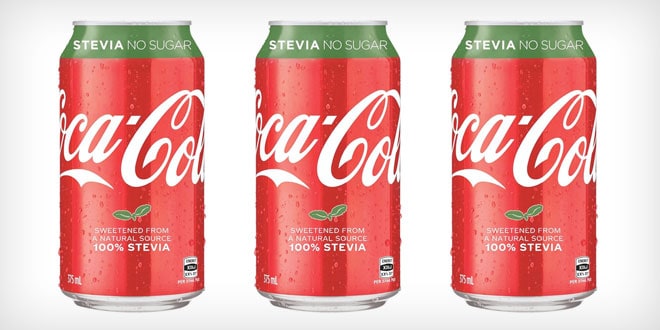 With a rise in organic, natural and healthy foods, more consumers are demanding either sugar-free or less sugar in beverages. Coca-Cola steps into the ring of companies listening to what consumers want with the recent creation of a Stevia-sweetened beverage that has no sugar and zero calories.

Coca-Cola said the new product will be introduced in a small market outside of the U.S. in the first half of 2018, due to the supply of the molecules being limited. The company also said at its investor day that their beverage creation lacks the aftertaste common in many products containing the ingredient.

With a rise in concern over health problems, such as obesity and excess sugar in products, it comes of no surprise that beverage companies have been trying to use an alternative sweetener.

The glycoside “gives us a sweetness profile that we think is going to be well accepted by consumers in the zero-sugar context,” Robert Long, Coca-Cola’s chief innovation officer, told reporters.

In the past, the beverage company released Coca-Cola Life with stevia, but it contained sugar and an aftertaste that many consumers didn’t like. “This one, we think, has hit the mark,” Long said, according to FoodDive. “One of our bigger opportunities is how do we reduce sugar, and one pillar for that is to make our zero-sugar products more appealing.”

Coca-Cola has worked with stevia producer Pure Circle, which has been a leader in stevia research, to develop and supply better-tasting Rebaudioside glycosides. If this stevia beverage makes the cut, the beverage giant can successfully gain back consumers who have stopped drinking soft-drinks.

According to PR Newswire, carbonated soft drink production in the US has declined in the past 10 years at an average of 2% yearly, to 12.4 billion gallons in 2016.

The ‘Natural Alternative Sweeteners Market in the US’ study, written by Freedonia Group analyst Christine O’Keefe, has the overall demand for stevia forecast to reach $120 million in 2021, after yearly gains of over 11%.

The new reality is that consumers are seeking to reduce their sugar consumption and are more interested in health, leaving beverage companies to come up with solutions and respond to what their audience wants.