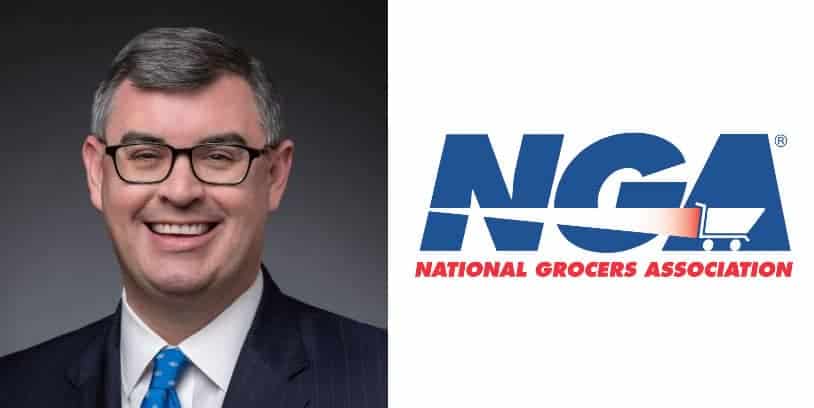 The president and CEO of the National Grocers Association (NGA), Greg Ferrara, wrote an opinion column expressing the association’s position against the bill to raise the federal minimum wage to $15 an hour.

In a dialogue with Abasto, Ferrara highlighted that Hispanic grocers would suffer a severe economic impact, harming not only the business but the community they served and invited them to join the campaign to pressure members of Congress to seek other options that benefit everyone.

“There are about 30 states that already have minimum wages that are above the federal minimum wage. Those states are taking into account the cost of living in their areas, and secondly, we are not opposed to an increase in the federal minimum wage. Still, we believe that there should be, as I stated in my op-ed, some important considerations that should be taken into account, including the possibility that we have a youth training wage,” said Ferrara.

The NGA CEO told Abasto that it is unrealistic to pay a minimum wage of $15 to a 16 or 17-year-old who basically works to pay for his gas or his mobile phone bill and considers that a higher salary should be reserved for full-time career employees.

The NGA is lobbying heavily in Washington to seek different alternatives to the Raise the Wage Act. “We are having conversations with a bipartisan group of members of Congress, Democrats, and Republicans who believe that this legislation is not the right way to go.”

Ferrara assured that “there are moderate members of both parties who are willing to sit down, roll their sleeves, and try to work on this issue. We are in conversations with those members of Congress to work collaboratively whit them on a solution that we may see in the future.”

The NGA considers it essential that in establishing a federal minimum wage, regional economic differences must be taken into account because the cost of living in certain communities varies dramatically compared to other regions around the country.

On how independent Hispanic supermarkets can join this campaign and express their position, Ferrara said they could do so in two ways:

“One is that we welcome all Hispanic independent grocery stores to be part of the NGA family, and any of them can contact me directly. My direct line is 202 938-2570. The other way is that you can go to grocerstakeaction.org and on that website, we have a tool that in less than a minute you can write a letter to your member of Congress expressing your opinion on this important issue”.

Read the op-ed by Greg Ferrara, “Clean the $15 Federal Minimum Wage”, below:

Many of us who have found fulfilling careers in the grocery industry can attest to the fact that it was one of the very first jobs we had. I know I can. As a fifth-generation grocer, I found the work in my family store challenging and rewarding; it came with many life lessons that have accompanied me along my career path.

But that seasonal job a teenager counts on to help pay for their mobile phone, books and incidentals? The local supermarket might not be hiring anymore.

This is a possible scenario if Congress succeeds in adopting a $15 federal minimum wage as Democrats are working to accomplish right now.

This new hourly minimum proposed in the Raise the Wage Act, which would be phased in over five years, is simply not practical for most small businesses and could very well gut the independent community grocer, particularly those in many rural and urban food deserts where they’re the only convenient source of fresh food. That grocery store that has been at the bedrock of the community may go out of business, forcing citizens to travel miles out of their way to buy fresh meat, produce and other staples.

I know firsthand the value of independent community supermarkets, the heartbeat of many neighborhoods across the country. I grew up working in my family’s small independent grocery store in New Orleans, where I learned the value of hard work as a teenager. That’s a lesson that could be lost for future generations under the Raise the Wage Act, which would eliminate the youth wage and force employers to pay all starting workers the new minimum, regardless of age or experience. The result would be thousands of lost part-time and seasonal job opportunities for teens and college students.

The job losses would cut even deeper, as small businesses ill-equipped to pay a $15 minimum wage opt to accelerate automation of checkout and back-of-house jobs. Many grocers also hire individuals with disabilities, but a $15 federal wage would make it difficult for grocers to continue to provide them with meaningful employment.

Independent community grocers already work within very tight profit margins, usually less than 1 percent. Large national retailers might have the scale or cash reserves to absorb the new expenses, but smaller supermarkets would suffer, leaving holes in communities that might never be filled.

Certainly, we can support higher wages for our associates, who day in and day out show such dedication to their stores and their communities, particularly over the past year, working on the front lines during the pandemic. But for independent supermarkets, the Raise the Wage Act would have the opposite effect, forcing smaller retailers to employ fewer people, raise their prices or shut their doors.

It’s time to remind our policymakers how important independent supermarkets are to their communities and the nation’s economy.

NGA is telling Congress that any increase in the federal minimum wage must consider employer size and regional differences in the cost of living and grocers need to be able to pay a training wage for younger, less experienced workers.

Independent grocery retailers truly value their associates, the “supermarket superheroes” who put in long hours on the front lines to serve their friends and neighbors in the communities where they work. But an arbitrarily high mandated hourly minimum that ignores unique market conditions helps no one – not independent grocers, their dedicated staffs or the country they all nobly serve.