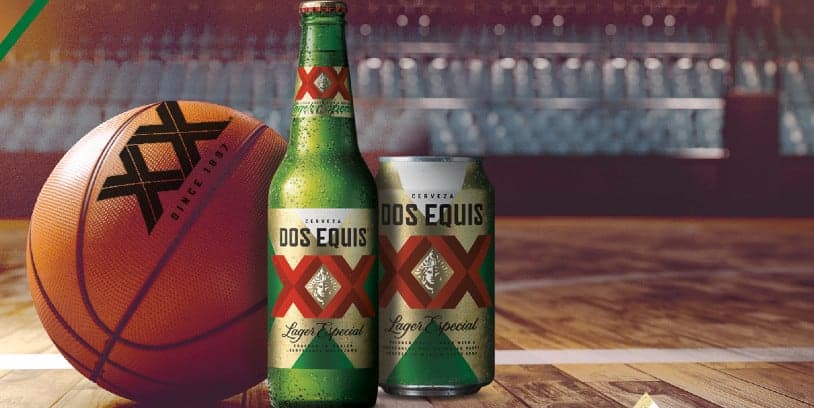 From gut-wrenching wins to heartbreaking losses, March is the month for thrills. From the first tip-off to the final buzzer, college basketball fans and non-fans alike are watching every second of the tournament, determined not to miss a moment of the action. And Dos Equis is right there with them.

The popular Mexican import delivers even more excitement to the games by raising the stakes on competitive fun, giving consumers the chance to take a shot at a $5,000 prize awarded every week throughout the legendary college basketball tourney.

In a full-court February-March multi-channel promotion, Dos Equis provides retailers with the tools to merchandise the fast-moving product to drive incremental sales and profits.

“Dos Equis out-performs other Mexican imports in dollar sales in Q1, due to strong execution with activation,” says Reggie Gustave, Dos Equis Senior Brand Manager, HEINEKEN USA. “And Dos Equis shoppers over-index (113) with watching college basketball and are most likely to be avid sports fans (129). Our direct competitors under-index among this group, making the Mexican import the best choice to promote during the season,” continues Gustave. “We are confident that retailers who support this promotion with displays, merchandising, and features will engage shoppers, drive consideration, and increase sales.”

The comprehensive promotion bids shoppers to “Take Your Shot at $5k Every Week” and includes a pole topper, standee, tuck card, and cooler decal, as well as cool basketball-themed merchandise.

The promotion works by shoppers snapping a photo of themselves enjoying a cold popular Mexican beer and uploading to Instagram with #XXhoopssweeps for the chance to win a $5k prize awarded weekly.

With Mexican Imports representing a $93 million opportunity during Q1 and with Dos Equis, a clear favorite among sports fans, retailers can expect high store traffic, consumer engagement, and shopper takeaway.