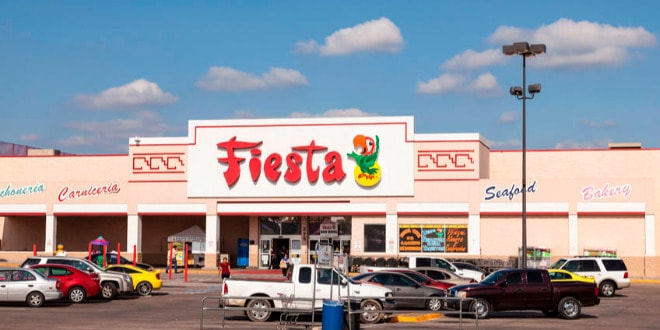 Fiesta Mart, an ACON Investments, L.L.C. company, is an international food retailer with a focus on the Hispanic segment and operates 63 stores in the Dallas and Houston areas.

According to Business Wire, the union of Fiesta Mart and Bodega Latina creates one of the largest Hispanic-focused supermarket companies in the U.S. With the rising population of Hispanics in the U.S. and popular Latino food trends, the marriage of these two companies predicts a Hispanic grocer superpower.

José Antonio Chedraui Eguía, CEO of Chedraui, said, “We are excited about the combination of Bodega Latina and Fiesta, which further expands our U.S. footprint. Grupo Comercial Chedraui is committed to growing our U.S. business both organically and through acquisition.”

The combination of these two companies leads to a total of 122 stores across California, Arizona, Nevada, New Mexico and Texas and revenues of approximately US $3 billion. According to a company press release, over 50% of the fast-growing U.S. Hispanic population resides within the five states in which the company operates.

Carlos Smith, President and CEO of Bodega Latina, said, “We believe this transaction will be beneficial for all of our stakeholders, including customers, suppliers, employees, and vendors. We look forward to welcoming Fiesta’s talented employees and working together to create the premier Hispanic grocery retailer.”

According to Reuters, the price of the acquisition reflects 0.2 percent of the firm’s projected 2018 sales and 6.6 percent of its earnings before interest, taxes, depreciation and amortization (EDITDA) for the year.

Sid Keswani, CEO of Fiesta, said, “Combining the strengths of Bodega Latina with those of Fiesta will accelerate the evolution and growth of Fiesta through combining the parties’ scale, geographic reach, talented teams and market knowledge. Our team members are excited about becoming part of the Bodega Latina family and continuing to grow the combined company.”

The companies did not disclose the purchase price and the transaction is expected to close later this year, with Fiesta Mart continuing to operate under their own banner.