Home » News » The Beginning of the End for the Soda Tax? 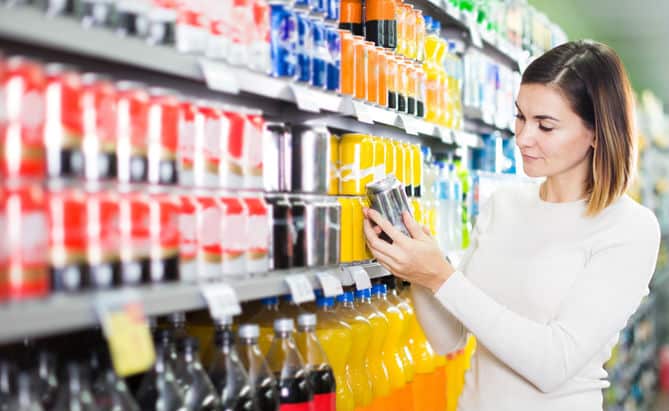 After an overwhelming majority of state legislators voted last week in favor of a bill banning local municipalities from taxing food, sugary beverages and gum, Michigan’s Governor Rick Snyder will sign the bill this week. This will make Michigan the first state to ever ban a local tax on soft drinks.

With areas of Philadelphia, California and Colorado already having a tax on sweetened beverages, Michigan did not want such a tax to become a possibility for their state.

Michigan generally exempts food, food ingredients and drinks sold at grocery stores from the state sales tax. The tax is applied to food and beverages prepared by restaurants.

Groups such as the Keep Michigan Food Affordable Group, a group of business and community leaders aimed at keeping food affordable for families, are disapproving of the idea of a tax on sugary drinks. They say beverage taxes in the Chicago area and Philadelphia have driven up prices and killed hundreds of jobs.

Matt Resch, spokesperson for the Keep MI Food Affordable group, told Abasto that the coalition was “made up of a very broad and diverse group of organizations. From business groups to labor union to agriculture groups; they’ve all come together because they’ve seen in other places, Chicago and Philadelphia mainly, where efforts have been made to put taxes on food and drinks.

Here in Michigan we have tradition and proud history, a sense that we want to carry on to local governments, cities, and counties. We want to make sure Michigan is a place where this is not allowed to happen… It’s incredibly important because our state has such great agriculture…”

Resch goes on to mention the recent soda tax repeal in Cook County, Chicago, saying, “It’s a bad policy. We’ve seen with the repeal in Chicago how that was a mistake and we want to make sure those kinds of mistakes don’t happen here.”

Chairman of the LFIA (Latino Food Industry Association), Ruben Smith, told Abasto Magazine that when it came to taxes on sugary drinks, people with less money ended up paying more.

“We are excited that Michigan chose not to tax…It hurts small businesses and hurts businesses period. It’s a regressive tax,” added Smith.

Health groups and local governments on the other hand, oppose the legislation.

For example, the American Cancer Society Cancer Action Network wrote on their website that sugary drinks lead to obesity, cancer and a decreased risk of survival. A tax on sugary drinks would discourage people from consumption and would reduce the number of obesity and risk of cancer, according to the group.

With Cook County’s recent soda tax repeal, which included more than 2,000 pages of testimony submitted for and against the tax by numerous people and protestors in Philadelphia against the soda tax in their state, the subject continues to be a controversial issue.

The argument continues in different cities over the tax on sugary drinks and if it is truly an interest in public health or simply a way to fund the growth of local governments.

For their part, many beverage companies are trying to reduce the sugar in their drinks in response to taxes on sugary drinks and its harm towards health.

Coca-Cola spokesperson, Ben Sheidler, told Abasto Magazine that, “We understand that governments need tax revenue to fund educated, safe, healthy and clean communities – the same communities in which we live and work. At the same time, we must all work together to address obesity through thoughtful, comprehensive solutions.

To play our part, we’re reducing sugar in many of our existing beverages, while making low and no-sugar beverage choices like tea, milk, and water more available and easier to find at your local store.

While there’s no silver bullet that will end obesity, our combined product and marketing efforts can be more effective at reducing the sugar people drink than an ineffective, unfair tax that singles out one small fraction of the average person’s diet.”