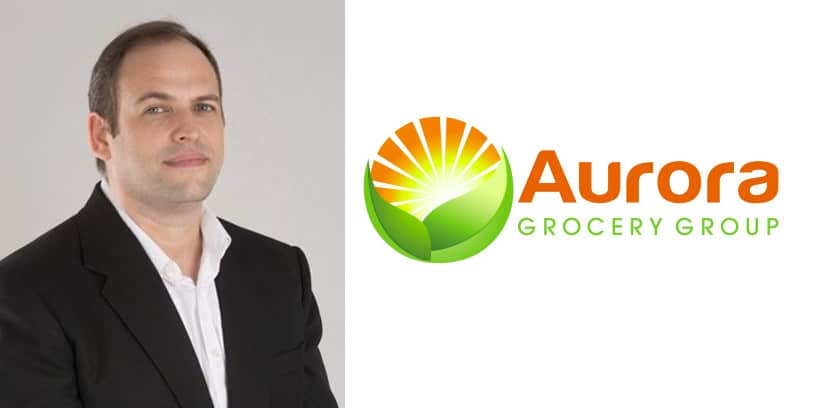 Hispanic grocery chain Aurora Grocery Group announced the appointment of Julio Ibanez as the new CEO of the company, which operates 38 supermarkets under the Compare Foods, Gala Foods, and Gala Fresh banners, effective May 16.

Julio Ibáñez is a veteran Hispanic retail executive and business consultant with more than 20 years of international experience. He worked with Bravo supermarkets in the Dominican Republic in sourcing, assortment, and product development management for the past six years. Three years ago, Ibáñez founded the Hispanic Retail Chamber of Commerce in the United States.

“One of my main objectives as CEO will be to grow the family of supermarkets. We want to reach all communities where we know we can offer proximity and exceptional customer service,” Julio Ibáñez told Abasto magazine.

Ten years ago, the Peña, Gutiérrez, and Jorge families decided to consolidate the management of all Compare Foods, Gala Foods, and Gala Fresh supermarkets under one group. They named it Aurora Grocery Group in honor of the family matriarch, Mrs. Aurora Peña.

The Board of Directors of Aurora Grocery Group, formed by members of the three families that own the supermarkets, was in charge of managing the operations of their stores. However, during their last general assembly last February, they decided to make a strategic change to strengthen the growth of the supermarket chain.

They appointed Ibáñez as executive director to take the reins of Aurora Grocery Group’s day-to-day operations.

“Knowing Julio’s extensive background in the supermarket industry, we decided that he was the right person to continue with this project that we started,” said Omar Jorge, chairman of Aurora Group’s board of directors, in an interview with Abasto magazine.

“This year, we celebrate our tenth anniversary, and we believe it is the perfect time to start this new challenge we have to continue growing. We are all very confident in Julio and the job he intends to do to make Aurora one of the strongest Hispanic supermarket chains in the United States,” Jorge added.

Ibáñez began his career with the Carrefour Group in Spain, participated in the merger process of the Carrefour Group and Promodes in Europe, and was an executive in the conversion of Carrefour Hypermarkets into its supermarket and express formats, as well as in the growth of the chain’s private brand.

After founding the international retail consulting project Sudamerica Business Retail LLC in 2006, he moved to San Francisco, California, in 2008. He is a member of the California-Spain Chamber of Commerce to promote and develop imported food and beverage products and exports between Europe and the United States.

Ibánez is a speaker and columnist on retail topics, providing thought leadership in industry forums, including the National Retail Federation, the National Supermarket Association, and the Retail Institute. In addition, he is an expert columnist on grocery retailing topics for Abasto magazine, the leading Hispanic grocery retail publication in the United States.

Aurora Grocery Group currently operates 38 supermarkets in the states of New York, Connecticut, New Jersey, Massachusetts, and North Carolina. The company’s goal is to continue expanding into other regions, initially reaching as far south as central Florida and southwest Tennessee.

“The model we want to follow is one of franchising, where we can teach our system to new entrepreneurs who are interested in opening their own supermarket. This way, we will be able to accelerate the growth of the chain around the country,” said Jorge.

Another project that Ibanez plans to develop as a leader of Aurora Grocery Group is to grow and diversify the company’s own brand of grocery products to offer customers high-quality food items at very competitive prices with the Aurora seal.