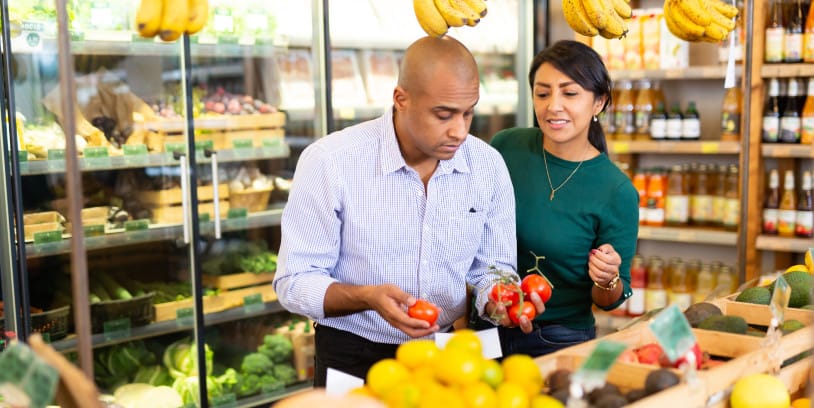 Over the past year, consumers have had to adapt to all sorts of restrictions due to the coronavirus pandemic. These changes have caused all sorts of shifts, including in grocery shopping behavior in supermarkets.

In a recent Forbes article entitled, “Diverse Consumers Are Changing The Grocery Retail Business,” author Isaac Mizrahi described how the supermarket industry has been adapting to the new reality imposed by Covid-19. He also highlighted the new and growing trend of grocery shopping in ethnic grocery stores.

According to the “Fall 2020 NHCS Adult Study” by consumer research company Simmons, cited by Forbes, “almost 20 million adults reported shopping in the past four weeks at what is considered an “ethnic grocery store.” The study also shows that nearly 20% of all U.S. Hispanic adults shopped at a Hispanic grocery store, and when asked about shopping at any ethnic grocery store, that number grew to 24%.”

On what is happening in the ethnic grocery business, Calabro said, “There have been many different movements. Ethnic retailers are growing in size and geography; mainstream grocery chains are increasing their offerings of ethnic products, even hiring specialized buyers to understand and cater to this growing segment. We also see a higher interest from companies in Latin America looking to expand their business in this country. Finally, we are seeing higher interest and demand from consumers for ethnic products, driven by the demographic changes in America, and a more heightened sense of curiosity by non-ethnic young consumers looking to explore new flavors and tastes. These are exciting times to be in the ethnic grocery ecosystem.”

Simmons’ study also highlights that even non-Hispanic adults have increased their visits to ethnic grocery stores. According to Forbes, almost 6% reported shopping at any ethnic store in the past four weeks, the highest for this report since 2016.

Mizrahi asked Calabro if national retailers are “catching up” with changing demographics in the United States.

“We understand that national retailers are more than “catching up” with the demographics changes in America based on all the data available. There is a lot more work to do as far as space, but we see changes overall. Most of the initiatives to increase the ethnic footprint are in the metropolitan areas,” responded Abasto Media’s Executive Director.

For smaller ethnic-targeted brands trying to break into the retail space, Calabro suggested that they “start by targeting the ethnic retailer first. Then, you want to penetrate the ethnic consumer and establish a comprehensive retail program that appeals to the retailer. Finally, after showing a program that works and good sales results, you will surely succeed in approaching the corporate retail buyer.”

According to Mizrahi, the growth of ethnic products and ethnic retailers across the country is expected to continue due to the demographic shift in the U.S. toward multicultural consumers. “More than ever, it will be necessary for brands and retailers to have a deep knowledge of consumers’ habits and trends since failing to understand them may cost them in a few years,” the Forbes article concluded.