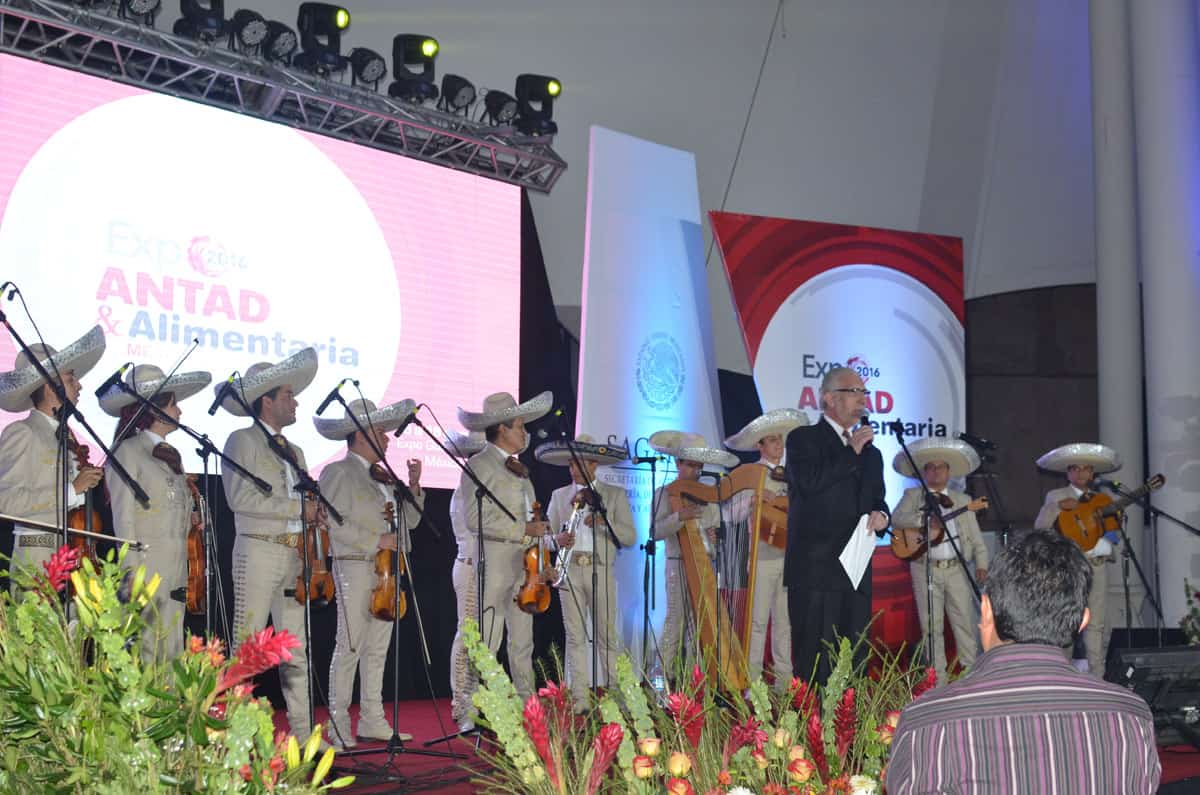 Some will remember Rocio Durcal’s excellent album, “Entre Tangos and Mariachis”, a compilation of the greatest hits of Argentinean and Mexican authors. Durcal’s vocal range and her interpretation of the strong feelings from the songs of these two countries were the reason for the success behind this album.

In the same manner and with the same particular essence, we can say that the welcoming reception organized by the Expo ANTAD & Alimentaria 2016 will be remembered as a memorable success. Many trade-shows and events should take into account how to organize such an evening  with the aim of networking people and establishing connections among the assistants.

Having attended countless cocktails and welcoming parties, I can accurately say that the organization of the welcoming reception exhibited a goal rarely achieved; that those attending the gala, from exhibitors to executives from different organizations and visitors in general, created bonds through an environment of great music and great food.

During the evening they gathered more than 2,000 personalities from the retail, national and international trade. This welcoming reception, in addition to the interrelations that were created, also offered great tasting Mexican dishes prepared with products from Mexico Supreme Quality Products and Sagarpa,

Among the attendees at the welcoming reception, we talked and congratulated the Chief Executive of the National Association of Supermarkets and Department Stores (ANTAD), Vicente Yanez, who was very pleased by the massive attendance of this event.

ANTAD 2016: Networking for a social goal

In addition to commercial networking that always occurs during the Expo ANTAD & Alimentaria 2016, there is a commitment to social responsibility within the organization. That is why in the days before the actual trade-show, Golf and Tennis tournaments took place, which for this year raised $ 250,000 pesos that were given on Tuesday, March 15 during the gala reception, to the organization “Un Kilo de Ayuda”. This is a Mexican non-profit that seeks to eradicate child malnutrition in Mexico by 2024.

At the end of a series of presentations by speakers and the awarding of the check to the non-profit, “Un Kilo de Ayuda”, the attendees to the gala began to enjoy all the delicacies prepared by the master chefs using a variety of different typical Mexican food products.

Finally, the musical event that everyone was waiting for, the Mariachis took over the stage. This exceptional group of twelve talented musicians began playing and singing typical songs we all remember so fondly from this great country that is Mexico.

In addition to the typical rancheras, the Mariachis delighted the crowd when they played an occasional tango from their repertoire. This magnificent little musical nugget, particularly to the writer of this article, who happens to be Argentinean, does nothing more than emphasize that music and good food, have no borders and that “Between Tangos and Mariachis” there is only one difference; the  musical beat.