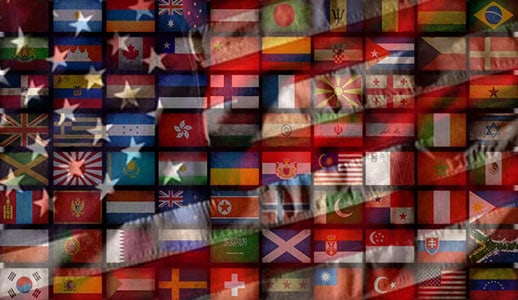 Due to the present-day role that Latinos have as part of multi-generational families and their willingness to seek to relate to others also outside them, modern Latinos are ambicultural. The word “ambicultural” is defined as the ability to functionally transit between Latino cultures and the American, giving them a unique position in the consumer landscape.

Hispanic culture in the United States is long lasting and sustainable. While second and third-generation Hispanics are more adapted to the culture and American customs, they still maintain an attachment to the Latin traditions and their value system.

Hispanics give a very high value to their family. Latinos gather around the table to nourish their bodies, as well as to strengthen the connections between themselves and their culture.

Hispanic youth have re-discovered their Hispanic cultural heritage. From food and music, to their desire to learn / improve the Spanish language. Hispanics today are more interested in preserving their culture.

Since Spanish has become a language that is more generally accepted and valued, the phenomenon of the retro-acculturation began to be stronger than ever. It is the need to look back to preserve the features of their culture.

It is important to understand the importance of building a relationship of brands during the initial stages of “acculturation” and maintain that connection as long as integration into American life keeps increasing.

As Hispanics adapt to the Hispanic culture there is less evidence of brand loyalty, so as their time in the United States passes, they become more open to new products, flavors and cultures in general.

Incorporate the use of celebrities, ambassadors and brand characters is a successful strategy to improve awareness and brand recognition among Latinos. It also helps to establish a more personal connection with the brand.

Interpersonal relationships are an important part of the Latin / Hispanic culture. Latinos see themselves as warm and friendly.

2) Ethnifacts Latinworks. Ambicultural concept. The Plus Identity. Shifting Paradigms and the Future of Latino Culture in the U.S. 2013