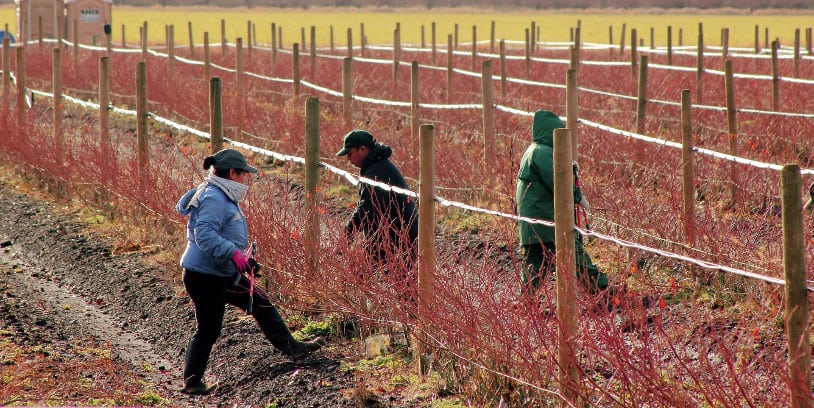 U.S. Secretary of Agriculture Tom Vilsack and a group of agriculture leaders testified before the Senate Committee on the Judiciary that held a hearing on “Immigrant Farmworkers are Essential to Feeding America.” At least 80 farm groups are backing legislation that would allow for the employment of up to 20,000 year-round H-2A visa workers and a path to legal status and citizenship for immigrants working in the fields.

The House of Representatives passed the Farmworker Modernization Act on March 18, and the Senate is now considering the legislation.

According to the Secretary of Agriculture, the total economic contribution of the food and agriculture industries is estimated to be nearly $7 trillion. The industries account for almost one-fifth of the country’s economic activity, contributing $2.7 trillion to the U.S. gross domestic product and supporting more than 40 million jobs – nearly 20 million directly and more than 20 million in supplier industries.

Vilsack noted that the key to the success of these industries is the nearly 2.5 million agricultural workers, half of whom are estimated to be undocumented. “Our immigration system does not work for them and, thus, does not work for our farmers,” the Agriculture Secretary said.

In Washington, the United Fresh Produce Association is one of the organizations that has been leading the lobbying for the passage of the bill to offer legal status to undocumented farmworkers.

“United Fresh continues to work on efforts to drive fair and equitable changes to our immigration system in this country and support those who are caught up in this ever-building crisis,” said United Fresh Produce Association President and CEO Tom Stenzel.

“There is work still to be done, and I can tell you that we hear the voices from our members who are adamant that we need legislation now! With bipartisan legislation passed in the House, the Senate has a prime opportunity to follow their lead and work across the aisle,” Stenzel concluded.

During the Senate Committee on the Judiciary hearing, some Republican lawmakers questioned the bill, calling it an amnesty and an incentive for a surge of undocumented immigrants crossing the border.

Secretary Vilsack rejected the Republican senators’ remarks, explaining that the bill would give a path to legalization to farmworkers who have worked at least ten years in agriculture and must pay a $1,000 fine.

The Senate hearing is the latest intervention in actions taken by United Fresh and industry leaders on immigration reform.

In June, United Fresh joined industry colleagues and other agriculture stakeholders in a meeting with Secretary of Agriculture Tom Vilsack, Senator Mike Crapo (R-ID), and Senator Michael Bennet (D-CO). The group discussed the next steps for Senate action on agriculture immigration reform.

Senators Crapo and Bennet were joined by Senator Dianne Feinstein (D-CA) and Thom Tillis (R-NC) to expand bipartisan efforts on agricultural immigration reform in the Senate.

At United Fresh’s annual conference to be held in September in Washington DC, produce industry leaders will visit with members of Congress to press them to move forward on immigration reform for agriculture.