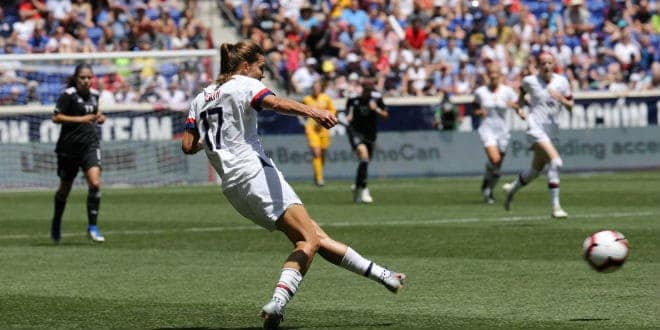 With the goal of reaching a viewership of one billion, the 2019 FIFA Women’s World Cup in France holds represents an incredible marketing opportunity for Hispanic food products.

This year’s tournament, which began on June 7 and ends on July 7, is the most exciting Women’s World Cup yet for several reasons:

France is still buzzing from their 2017 Men’s World Cup win, while the U.S. women’s team is heavily favored to win this year. Toss in some intense, off-the-field conversations about gender equality, and it’s easy to see why interest in the games is at an all-time high.

As food marketers, of course, we’re every bit as interested in who is watching the games as who the players are. While awareness of the FIFA Women’s World Cup is relatively low compared to popular sporting events like the Super Bowl, the potential to advertise to a billion global viewers cannot be overlooked.

Couple that with the increase in grocery shopping that happens during key sporting matches and the higher likelihood of the Women’s World Cup viewer being Hispanic and you have a recipe for Hispanic food marketing success.

As a wise person once said, “Nope”. We conducted a nationwide online survey to measure awareness and interest in the 2019 Women’s World Cup among U.S. adults. The responses help to define the persona of the typical FIFA Women’s World Cup viewer. For example, we now know:

We also found that Millennials and Hispanics have stronger interest in the games than the adult population in general.

Here are the details:

With an uptick of males becoming primary grocery shoppers, this is a potential landfall for Hispanic food marketers looking to capture the difficult audience of Hispanic Millennial Males.

How They Are Watching the Women’s World Cup

While most fans are watching the Women’s World Cup matches on a regular TV, a large share (18 to 34-year olds in particular) are streaming matches to their TV or other devices.

Fans are more likely to watch World Cup games with others, particularly among Hispanics.

Whether they watch on TV or stream online, a significant number of soccer enthusiasts, especially Millennials, will be interacting with others on social media throughout the tournament, sharing their thoughts and reactions as they watch.

This is a great opportunity to get your Hispanic food brand in front of a social media engaged audience with a much lower cost of entry than traditional advertising.

To Kick Off a Winning Campaign

Smart advertisers will forgo the typical sponsorships high on octane and low on substance in favor of more thoughtful ads that appeal, not only to those high-income Hispanic male viewers, but also to the women in their lives.

Ads that inspire, challenge current conventions, and spark meaningful conversations among viewers will have a greater impact.

Whether via TV or streaming, food brands that advertise during the Women’s World Cup have an opportunity to create immersive experiences that will be remembered long after the last goal is made.