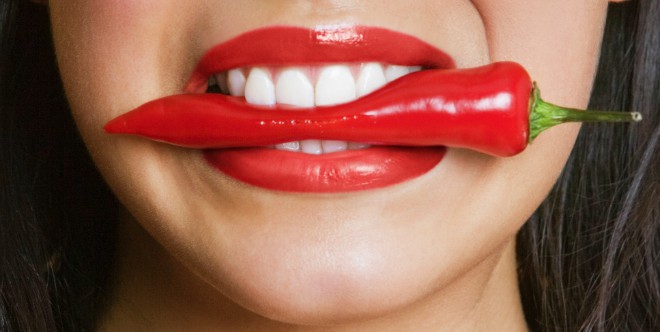 A new study published in the Public Library of Science journal, PLoS ONE, has supported the correlation between eating hot chili peppers, a longer lifespan and a reduced risk of death due to heart disease or stroke.

Over 16,000 adults were surveyed on their background, eating habits and current health from 1988 to 1994, and were followed up on for a period of 18 years. Total mortality rates for patients who consumed chili peppers were 21.6% compared to 33.6% for those who didn’t.

Authors of the PLoS study note that capsaicin may be the miracle worker behind the study.

“Capsaicin, the component that makes a chili hot, can affect the body in many ways. It can metabolize fat breakdown and storage for energy in different organs, protecting against plaque buildup, high cholesterol and obesity. This, in turn, can also reduce hypertension and type 2 diabetes, as well as deactivate certain regulators of cellular growth, which could stop tumors. Different types of hot peppers also contain B, C and pro-A vitamins, antioxidants and anti-inflammatory effects”, according to the PLos ONE study.

This study is the third supporting the correlation between hot chili peppers and spices and lower mortality rates.

3 flavor-packed foods other than chili peppers that have been shown to boost health & longevity are listed below:

A study published in September in American Chemical Society’s Journal of Agricultural and Food Chemistry found that capsaicin combined with the main compound in ginger, 6-gingerol, may lower the risk of cancer.

According to a press release from the University of Illinois, even just a teaspoon of the condiment is enough to help you get the health benefit. Eating horseradish has many reported health benefits, including boosting cancer-fighting properties.

According to Healthy Eating, spicy wasabi paste is an anti-inflammatory agent that also helps to reduce chances of heart attack and stroke. It contains antimicrobial agents, which work to eliminate bacteria.