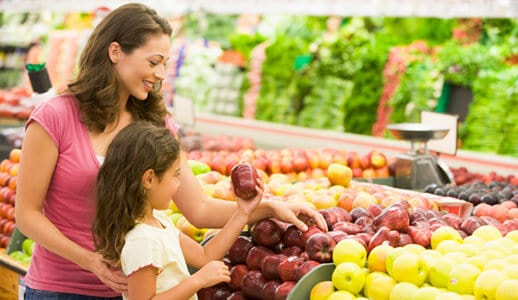 Although most fruits have properties that fight against high cholesterol, the apple apparently has some advantage. It controls cholesterol and helps lower weight, according to research conducted by the Department of Nutrition at the University of Florida.

Studies have revealed that pectin and polyphenols — antioxidants present in the skin of apples that help eliminate waste and toxins found in the organism — improve lipid metabolism and reduce the production of inflammatory molecules associated with the risk of heart disease.

Researchers analyzed a sample of 160 women between the ages of 45 and 65, which they randomly divided into two groups. Half ate an apple a day (75 grams per day for one year) and the rest consumed raisins during the same period.

Doctors conducted blood tests at three, six and twelve months and found “incredible changes that were produced in cholesterol levels after six months of consuming an apple a day,” according to the study.

2 results of the University of Florida’s nutrition study

The daily consumption of an apple also helped patients lose weight. Although they ingested an additional 240 calories a day, they lost an average of 1.4 kilos, thanks to the satiating effect of pectin.

“Losing weight is an added benefit of the daily consumption of apples,” said the doctor, who referred to it as the ‘miracle fruit’.

But in addition to this great health news, even eating dried apple does not make a person gain weight. On the contrary, researchers found that consuming 240 calories in this food each day made women lose an average of 3.3 pounds a year.

And what about fresh apples? Do they have the same effect as well? The answer is yes. Nutritionists say the effects are the same.

So if you have high cholesterol levels, include this food in your diet. The secret to the benefits of apples and how they lower cholesterol in women lies in their high fiber content. This connection has been demonstrated in previous studies.