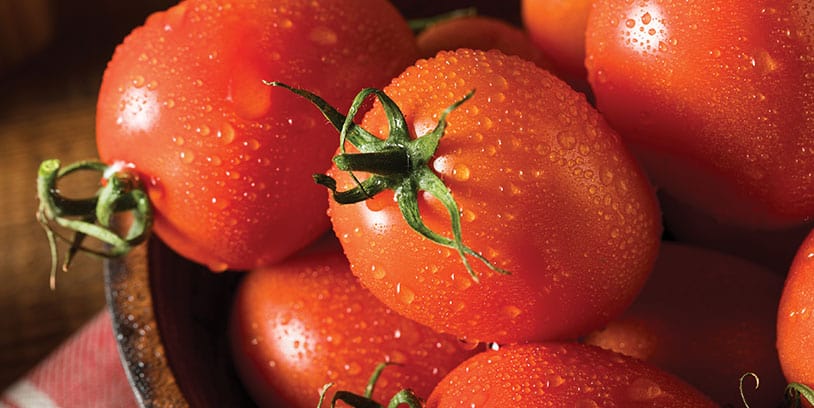 Today the tomato, also known as jitomate in Mexico, is grown and consumed in a thousand ways worldwide, being highly appreciated in global gastronomy.

Tomato is present in every kitchen in the world. There is no Hispanic kitchen in which this product is absent because it’s essential in many of the recipes that we have inherited from our ancestors.

A kind of tomato known as Roma tomato is low in sodium, low in fat, and rich in fibers, so it is an excellent ally for a light and healthy dinner.

Its intense reddish color is due to its high content of lycopene, a potent antioxidant that helps us prevent heart problems.

Consuming this tomato regularly in the Hispanic diet has multiple health benefits, including anti-cancer and antioxidant action due to the presence of phytonutrients (which prevent premature aging and chronic non-communicable diseases, such as diabetes, hypertension, dyslipidemias, and even Parkinson’s disease).

Related Article: The Success of Mexican Broccoli in The United States

In the last decade, the Roma tomato has been the protagonist in the growth of volume marketed in the United States, going from 1.4 billion pounds in 2010 to 1.7 billion pounds in 2019, which represents an increase in consumption of 21.4%, with Central California and Florida being the regions that have increased their production the most in this period, with the growth of 61% and 43% respectively. Unlike the ‘beef tomato,’ which in 2010 had a commercialized volume of 3.9 billion pounds, while in 2019, it was 2.6 billion, which represented a decrease in volume of 33%.

In 2013, 248 million pounds of Roma tomato was produced within the United States, while in 2019 there was a production of 354 million, which represents an increase in production of 42%, especially in the months of July to October, which we can see in the following graph:

This increase in US production, together with the fact that California and Florida are production regions that complement each other, has allowed consumers to have Roma tomatoes harvested in the United States or imported from Mexico throughout the year, as we can see in the following graph:

But despite this increase in the production of Roma Tomato, in both countries the price of it has not decreased, on the contrary, it has increased in recent years, as it is an essential product with high demand. The Mexican tomato in past months has been subject to various taxes when entering the United States due to political negotiations between the two countries.

Can you imagine our gastronomy without sofrito and sauces? The tomato is a fruit that, in addition to giving a unique flavor to our food, also offers us many nutritional benefits.

Surely in this new decade, we will continue to see changes in the behavior of this product, which will undoubtedly continue to be among the favorites of our consumers.