Home » Agricultural Industry » Pineapple, one of the fruits most impacted by COVID-19 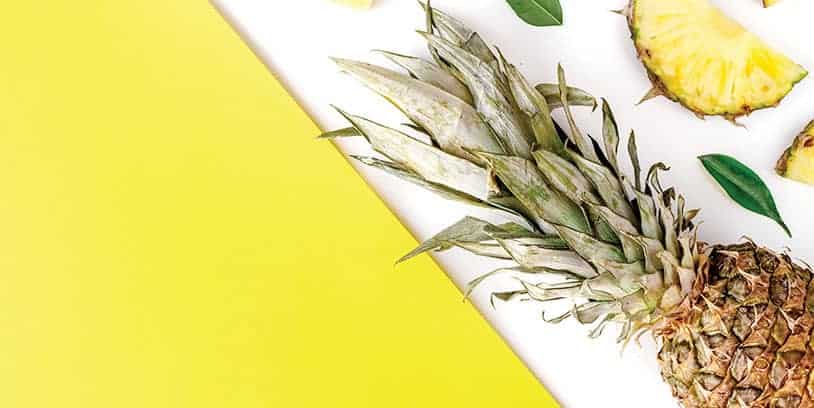 The pineapple is a native fruit of America, historically it was known for its rarity, and more than 500 years ago, it became a symbol of hospitality and luxury. This fruit has been a versatile and appreciated ingredient in gastronomy. It can be used in savory dishes to give them a sweet touch. In pastries, it is one of the most used fruits for its incredible flavor.

According to historical documents, Christopher Columbus discovered the pineapple on his second trip to the Caribbean in 1493. In his records, he talked about this fruit, which had an abrasive and segmented exterior like pine and a firm interior pulp like an apple, and thus the name of this fruit in English, “pineapple.”

It was a hit with European royalty, and pineapples became a symbol of great wealth as it took almost 200 years for European gardeners to grow this fruit.

Pineapples are not only delicious but also have antibacterial and antiviral properties. They contain bromelain, a substance that helps to dissolve clots in the blood.

They are a great source of vitamins, minerals, fiber, and enzymes that are good for the digestive system. They also contain vitamin C, very little fat, and sodium.

Related Article: The Price Behavior of Fruits And Vegetables in 2020

In 2014, the United States imported 2.2 billion pounds of pineapple, while in 2019, it imported 2.4 billion pounds, which represents an increase of 9%, which we can see in the following graph:

In the first three quarters of 2020, 1.1 billion pounds of pineapple have been sold in the United States, which is 818 million pounds less than in 2019. In the same time frame, the volume decrease occurs from the second quarter of 2020 as a result of the health emergency caused by COVID-19, as we can see in the following chart:

This decrease in volume is mainly related to Costa Rica, the main pineapple exporter to the United States.

Costa Rica had a reduction of 49.8% in the volume sent this year to the US. This dramatic volume reduction can be seen from week 11 of 2020, as shown in the following graph:

This has caused Mexico, which is the second-largest pineapple exporter to the United States. In the last four years already had a trend of decreasing pineapple volume year after year. 2020 there has been a rebound in the number of trucks shipped to the US. Still, this increase has been only 3%, so it has not been enough to offset the decrease in volume from other regions, mainly Costa Rica.

There are sweet, bitter, acidic fruits … And then there is the pineapple, so we hope that this fruit will recover its commercialization volumes during 2021, and we will not have to deprive ourselves of its flavor.