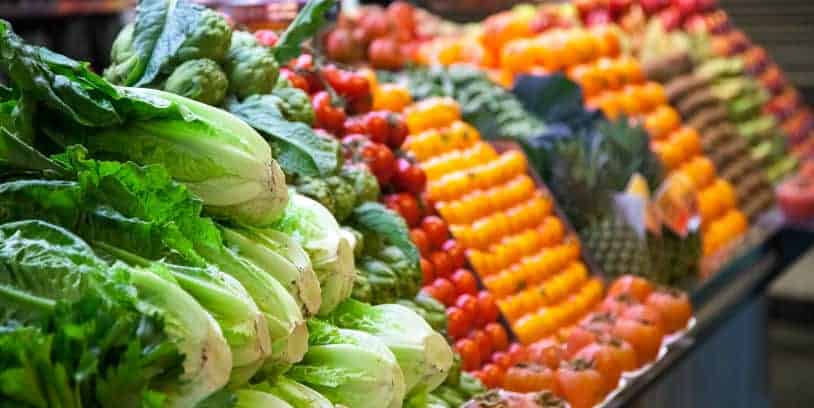 After the coronavirus outbreak in China in December last year and its subsequent global expansion, consumers are experiencing a time of uncertainty and economic recession. The measures that the United States has imposed have affected to a greater or lesser extent all economic sectors, including agriculture. This article analyzes how the eight main fruits and vegetables that Mexico exports to the United States through the McAllen, Texas border have been affected.

When observing the previous graph, the volume of these fruits and vegetables sold during 2020 has increased compared to the previous year, both in production within the United States and in imports from other countries, mainly from Mexico.

In the case of avocado, we can see how the prices on the border with Mexico in the first 10 weeks of the year were much higher than in 2019.

However, after the first social distancing measures put in place at the end of March, avocado prices began to drop and has not been able to reach the same price it had the previous year as we can see in the following graph:

Related Article: Avocado: The Green Gold of the Kitchen

Broccoli, on the other hand, shows a different price behavior, as in Salinas, California, prices during the second half of March were higher than a year ago and then went to a price drop in April, in which most fruits and vegetables suffered. Still, unlike avocado, broccoli during June had a price increase, even exceeding the barrier of $ 30, to normalize in July and August with the prices of 2019.

Lemons offer us another interesting piece of information, and it can be seen in the following graph. In 2019 and 2018, during the first four months of the year, there was a price increase on the border with Mexico where prices exceeded $ 40, while in 2020, the price during this same period of time barely reached $ 20.

This is an interesting case since most of the citrus fruits during the confinement period increased their price because consumers increased their consumption of these fruits due to their high vitamin C content and the perception it generated that these fruits reinforce the consumer’s immune system. If instead of raising the price of lemon, on the contrary, it decreased, could we conclude that the consumer does not associate lemon as a rich source of vitamin C?

Regarding the prices that the final consumer has paid for fruits and vegetables when analyzing the pound price of strawberries at the national level, we can see a very similar pattern in the last three years with a slight increase during the first week of April that coincides with the product shortage in some stores, so we can conclude that strawberry consumers have not seen the price of this product affected during 2020.

The pandemic has brought consequences, and industrial sectors have been greatly affected by this contingency; based on this analysis, we can conclude that agriculture and the food industry are not sectors that have suffered major problems.

People depend on supply chains for nutrition and food, which is why they prioritize their food security.