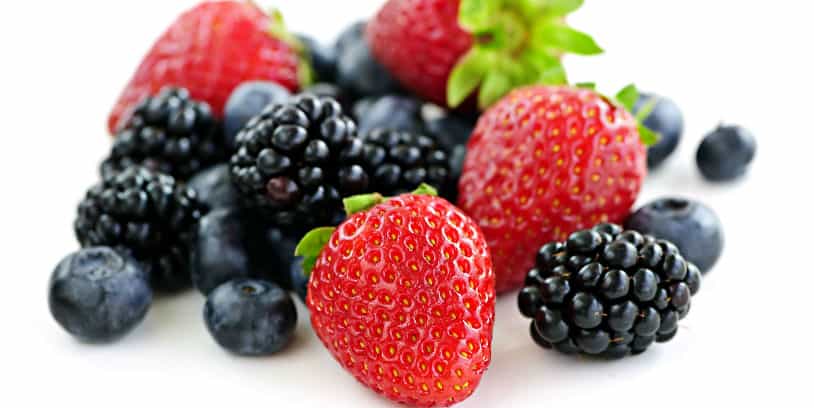 Berries stand out for being the preferred Hispanic flavor in various industrialized products and natural preparations such as smoothies, juices, yogurts, water, ice pops, fillings, pastries, sauces or simply by consuming them directly.

Berries are excellent companions to a good sparkling wine or covered in chocolate, they combine perfectly with different ingredients and foods such as nuts, they are simply perfect.

What makes berries such a special food?

In addition to their delicious flavor, their high content of phytochemicals, natural substances that due to their antioxidant properties help prevent cell damage typical of aging and that leads to the development of diseases such as diabetes, cancer, and coronary heart disease.

Among the berries, we find the strawberry, a herbaceous plant of the Rosaceae family, with delicious red fruit and a bittersweet, juicy, and fleshy flavor.

According to the results of several studies, it has been discovered that Hispanics consume more yogurt than other population groups, with strawberry being one of their preferred flavors.

In the case of strawberries, in 2013 Mexico exported 174 million pounds to the United States, while in 2019 there was an export of 269 million pounds, which represents an increase of 54.76%, which we can see in the following graph:

While in the first half of 2020, 1.2 billion pounds of strawberries were traded within the United States, which represents 111.5 million pounds more than in 2019 in the same time range, it can be concluded that the pandemic of the Coronavirus has not significantly affected this product, unlike others that have significantly decreased its commercialization as we can see in the following graph.

Meanwhile, per capita, blueberry consumption in the United States has more than tripled since 2010, according to the North American Blueberry Council (NABC). In 2013, 422 million pounds of blueberries were marketed within the United States, while in 2019, there was a sale of 528 million pounds, which represents an increase of 25%, especially in October and November, which we can appreciate in the following graph:

On the other hand, the blackberry is a soft and tender fruit that is generally used to make desserts, jams, jellies, and even wines.

Can you imagine a world without berries? Delicious, nutritious, and also perfect accompaniments to gastronomy, not only Hispanic but also worldwide.