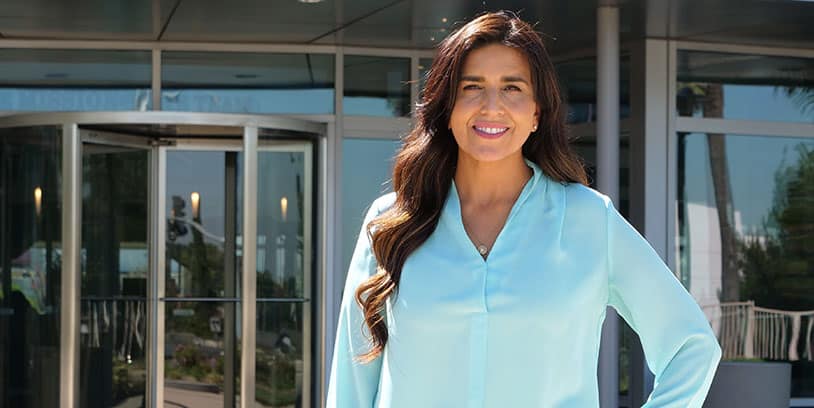 Bertha Luna has been working in the supermarket industry for 32 years, where she has built a successful career. The most recent professional achievement of this Latina of Mexican origin who works at the Stater Bros. Markets chain of stores in California was her appointment as Regional Vice President of Retail Operations.

Luna was eight years old when she arrived in California with her family from Zacatecas in Mexico. She grew up in California, graduated from high school, and started working at a Lucky supermarket assisting customers. She said that with the money she earned in the store, she helped with the expenses of her house and the rest she saved because she wanted to buy her first car.

In an interview with Abasto magazine, Bertha Luna said her work ethic was learned from her father who, until his retirement, worked non-stop six days a week.

“Along the way, I fell in love with the business. At the supermarket, I started as a Courtesy Clerk and worked my way up to top positions, and at each stage, I found the job challenging and rewarding. I never got tired of what I did. This is a fast-paced environment, so every day brings new challenges that require planning, communication, and strategic thinking, ”said Luna.

Her first leadership position was as a store manager, precisely when Stater Bros. acquired several Lucky supermarkets that were owned by Albertsons, one of which was where Luna worked, who chose to continue with them and found the full support of the company to grow professionally.

After serving as a store manager, she was promoted to the position of supervisor of 22 stores within a year, when she was just 30 years old, and at the same time, she was raising her two young children.

Bertha Luna stressed that being part of a large Hispanic family has been fundamental because they have supported her at all times. This way, she was able to fulfill her responsibilities in the chain of stores and, at the same time, ensure that her children were under the care of their relatives.

As a Hispanic woman, she has encountered challenges in her professional growth but said she has always had the support of the Stater Bros. leadership.

“After working as a district supervisor, I was appointed as a district manager for the stores, where I was working for a long time, but I wanted to learn more about the company and ended up transitioning to the human resources department where I became the Director of Diversity. In 2017, I returned to store operations as Senior Retail Director,” said Luna, who at the end of July was promoted to the position of Regional Vice President of Retail Operations.

As a Hispanic woman in a leadership role in the grocery industry, Luna sent a message to other Latinas seeking to grow professionally: “Women need to invest in themselves through education, to mentor, or studying on their own. The second piece of advice I would give you is to have confidence in the value of what you contribute because I believe that sometimes we don’t give ourselves enough credit in what we do. The third piece of advice I give you is to remember that we all have a responsibility to give back, to help each other. Mutually guarantees the success of this industry, and I think it is vital to take this into account”.

Now that she is responsible for 84 Stater Bros. stores, and the coronavirus pandemic continues without giving ground, Luna thinks about the well-being of the community and how they will continue to improve the service to their customers to facilitate their purchases amid the crisis.

Bertha Luna is a great example that success has no limits!