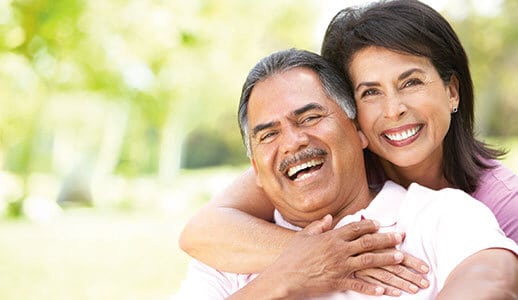 The general US population is becoming more and more diverse as it increases in size, and older Hispanics (ages 50+), are as important as ever to economic growth. Even if younger generations are the central focus of this growth, it is essential that we are aware of where their Hispanic cultural influence comes from. Therefore, we need to understand the Hispanic generation that came before the current ones – that generation consisting of Hispanics 50 and older.

For that reason, Nielsen embarked on a study to understand this segment in depth, which has been very important in terms of the influence and power that Hispanics now have in the United States. With the support of the AARP and the US Hispanic Federation, the report “The New American Vanguard: Latinos 50+ . Healthy, Wealthy and Wise.) has been released.

Hispanics 50 and older are in the prime of their lives and continue to exert a significant influence on their families, both in aspects of cultural preservation, and buying products or using media.

Hispanics over the age of 50 account for 10% of their age group.

In 2015 Hispanics over the age of 50 account for 10% of their age group. The number is expected to increase to 42 million, or 24%, by 2060. Hispanics over 50 are considered largely responsible for the growth of the Hispanic population.

2. They are financially stable.

Hispanics have the lowest mortality rate.

Hispanics have the lowest mortality rate in seven of the 10 leading causes of death in the U.S. They tend to have a lower smoking rate, a better diet and better overall health.

4. They demonstrate a great influence on family spending.

Purchasing decisions are made collectively, and they are mostly led by older Hispanics.

They make more trips to stores that non-Hispanic whites.

They make more trips to stores than non-Hispanic whites. They also buy for members of all ages in the home. For example, boomers exceed the buying level of non-Hispanic whites in seven out of 11 departments: beauty and hygiene, alcoholic beverages, general merchandise, fresh produce, dried foods and packaged meat.

6. They use traditional and digital media.

Hispanics between 50 and 64 years watch 162 hours of traditional TV a month. Both younger and older Hispanics choose Facebook as their number one application.

Hispanics between 50 and 64 spend more time on Google Search, Gmail, Pandora and Google+ than those between 18 and 49 years old.

Latinos 50 and older are true pioneers. Among their achievements is the fact that they were the first to go to college, enlist in the armed forces and start a business. This determination and commitment to build a better life in the United States makes a difference in their communities, and serves as an inspiration for younger Latinos. In the current techno-economy, how marketers and advertisers attract consumers is as important as the message used to reach them. Consequently, understanding the habits of the media of Hispanics is as important as understanding their buying habits.

If you’re a marketer, business owner or run a social or political institution, you need this population. Building a relationship with older Hispanics, and by extension their family and all consumers who influence them, is key to any successful growth strategy and to a profitable future.