Home » Advice » Face masks: are they going or staying? 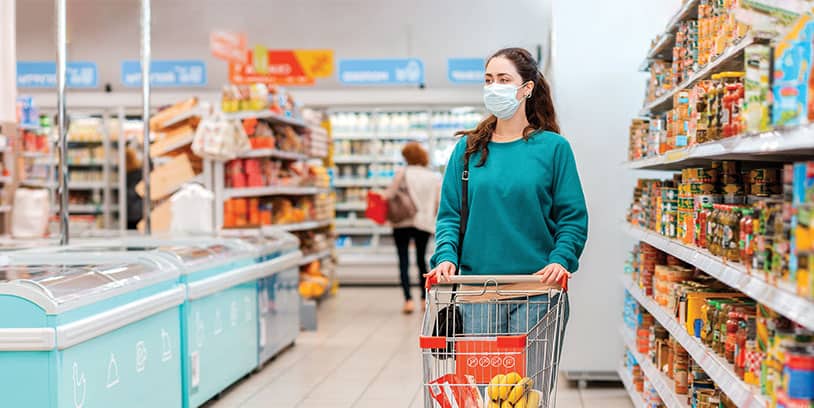 The question the world is asking today, especially in Western countries, is: how much longer will it be necessary to use the mask after vaccination ends, or perhaps: is it here to stay?

The answers are two-fold:

A. Due to disadvantages such as discomfort and breathing difficulties, it is likely to go away. President Joe Biden said goodbye to them, noting the American people’s courage during the pandemic year and thanked them for doing their “patriotic duty” to vaccinate.

B. Given the benefits gained from its use during this pandemic, it is possible that it will not disappear completely. The government will regulate mask use for continued precautions for travel by bus, plane, train, or other modes of mass transportation and when people are in airports or bus stations.

Before the vaccine distribution began, face masks were among the only “useful weapons” to stop Sars-CoV-2, the virus that causes Covid-19.

This personal protection item had to overcome severe hurdles before it was accepted as a tool to curb the epidemic.

U.S. health officials discouraged its use in the first weeks of the pandemic, arguing its ineffectiveness. Even after they backed off and began to encourage its use, former President Donald Trump downplayed its importance by appearing on television, in the first presidential debate against Joe Biden, without the mask, while infected.

As the U.S. Centers for Disease Control and Prevention (CDC) has been able to establish, facemasks provide a physical barrier against germs spread in the atmosphere and prevent the wearer through sneezing or speaking expelling potentially infectious microorganisms.

Although the masks are not perfect, a study with data from 300,000 people published in the journal The Lancet proved their effectiveness when covering the nose and mouth. While the research is not definitive proof of their efficacy, they have certainly done their job.

Mouth covers became commonplace in East Asia two decades ago when Sars, a syndrome caused by a coronavirus associated with Sars-CoV, appeared. This contagion recorded the highest number of cases in Japan, North Korea, and China before being contained in 2003.

Symptoms included fever, dry cough, shortness of breath, and at the time, there was no treatment other than self-care, where masks played a key role.

In some Asian countries, their use became widespread due to cultural reasons and the pressing problem of contamination, especially during cold and flu seasons.

By the time Covid-19 appeared, in late 2019, Asians were already familiar with face masks.

The fact that vaccines certified by the World Health Organization are highly effective does not mean that vaccinated people stop using this element of individual protection. That is due to the new variants that have emerged because vaccines are not fully effective against these strains.

Masks do work, regardless of the variants of the virus that may appear. Whether they stay or go, for now, is a personal decision. It is up to you.