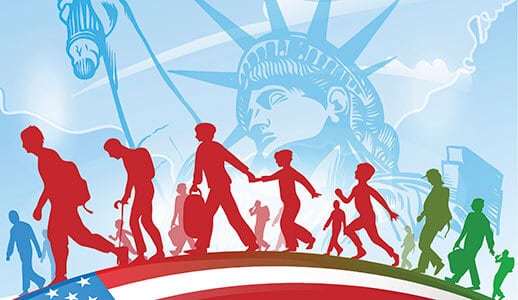 Differences exist among the various generations of Hispanics that currently live in the US. To effectively reach out to members of this important market, we must keep in mind how long they and / or their families have spent in this country. That is, one has to think about the process of adaptation or assimilation taking place within the various Latino communities in order to effectively market to them.

When the average entrepreneur says, “I want to reach out to the Hispanic market,” he or she is usually trying to reach a much larger universe than the budget, product range or geographic footprint will allow.

This term refers to those members of the Hispanic community who were born and spent a good part of their lives in Latin America. In other words, first- generation Hispanics are those who emigrated to the United States.

Born in the United States, second generation Hispanics have parents — at least one – who are immigrants. This group also includes those individuals who emigrated from Latin America with their parents at an early age and have lived and grown up most of their lives in the United States.

Third generation Latinos, as well as their parents, were born here. Although they can identify a connection with Latin America in their family tree, both they and their parents have spent most or all of their lives in the United States.

How these three groups view the world:

First-generation Hispanics will be much more intellectually and emotionally connected to their country of origin. Therefore, use this great opportunity to offer them ‘nostalgia products’ – those products with which they are familiar and which remind them somehow of their country.

Another equally important trait of the first-generation Hispanic is the language with which you can approach this group. Especially at the local or store level, offering them the ability to listen and read information in Spanish about your products or services make a big difference. Although members of this group may be bilingual, giving them the opportunity to interact in their native language gives you a competitive advantage.

Second generation Hispanics identify in some way with the song performed by Facundo Cabral, entitled, ‘I’m not from here, nor am from there.’ They live a double reality: in their homes with their immigrant parents, they live their lives “in Spanish.” They are being brought up in Spanish, interacting, eating and entertaining themselves very much like their parents did in their homelands.

However, once they leave the threshold of their homes, they enter into the American world in which they have grown and operated since they started attending school or daycare. Most second-generation Hispanics understand both cultures and indiscriminately consume products / services from both. Although they may speak and read Spanish with varying degrees of competence, providing them with information and interaction in English will make them feel more comfortable when interacting with your business.

Third-generation Hispanics and beyond:

Those who are part of the third generation or more, while retaining certain customs and traditions of their ancestors, are much more assimilated than the other groups. That is, with each generation there is some ‘letting go’ of Hispanic identity. Little by little, the individual adopts more and more of the traditional American culture. This last statement seems somewhat contradictory. Given that Latinos are the youngest minority in the country, they are quickly influencing and redefining what is known as the “general market.”

Regardless, in this group there are differences with previous generations. Although they may understand Spanish, they do not have enough vocabulary or feel comfortable enough to speak it.

Since they and their parents have lived in the United States their entire lives, they are very familiar with all the products and services offered in the US. They actually use much less products that are traditionally categorized as Latino.

The percentages of these generational groups vary according to the different markets. However, one thing is certain: although the number of first-generation Hispanics continues to grow, as time goes on, they represent a smaller percentage of the entire Latin American market. Every day, Hispanics belonging to the second, third and subsequent generations represent a larger market.

To expand the scope of your business among all Hispanics and grow your company, you must understand the generational differences and use this new understanding to reach everybody effectively.