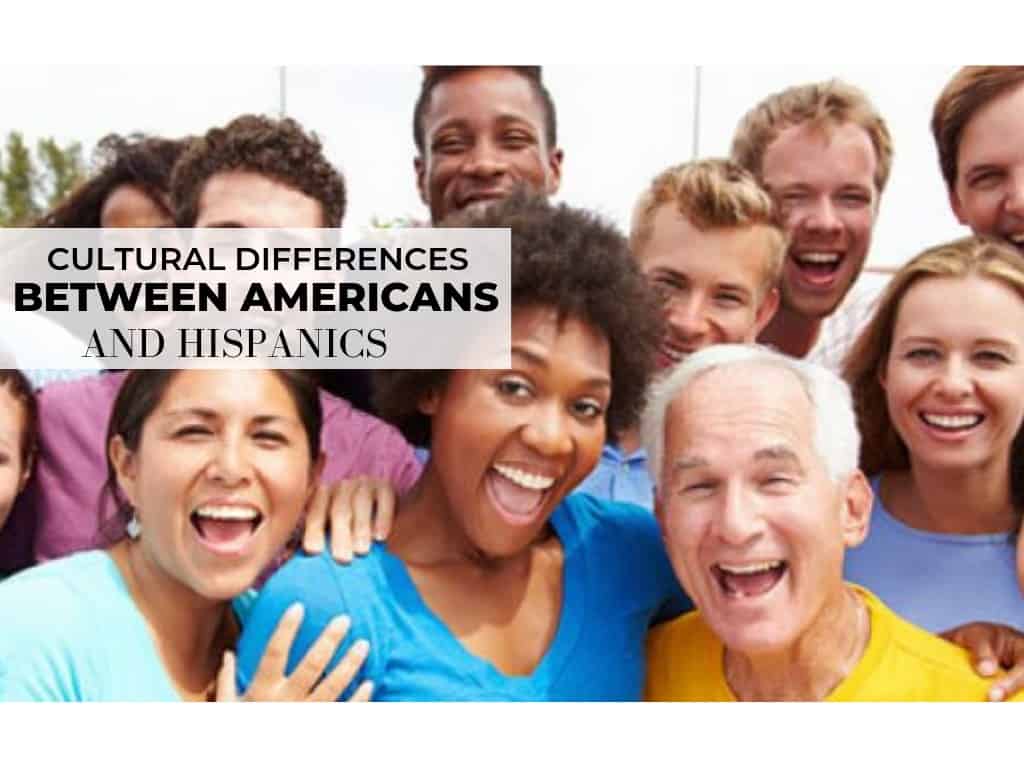 Although we know a lot about the United States thanks to popular American series and movies, traveling to the U.S. (or doing business with Americans) without knowing a little bit about American culture can have some drawbacks.

The same rule applies to Americans who visit Latin American countries or do business with Latinos (or Hispanics).

Are you prepared to come to the United States? It may be helpful to know something about the cultural values that shape Americans’ attitudes and behaviors.

The United States’ society is built based on a diversity of ethnic groups and cultures that have helped to shape the values of the Americans.

Some of the main cultural values of Americans include:

Individuality: Americans are motivated from an early age to be independent and to develop their own goals in life. They are not encouraged to depend (too much) on others, including their friends, teachers, and parents.

Achievement & hard work: Americans love to compete with themselves as well as with others. They tend to be highly oriented towards progress and success. They feel good when they break their own records in school, athletics or another type of academic or professional competition.

Privacy: Americans like their privacy and enjoy time alone. Visitors from other countries will find the offices and homes of Americans open, but their thoughts are considered private.

In the U.S., it’s inappropriate to visit a person without first notifying him or her. It can be considered disrespectful unless it’s an emergency. It is not wise to call anyone at night, especially if there are children at home.

Equality: “We are all created equal” is an American ideal that almost all people in the United States uphold and it means that everyone in the country, both men and women of all ethnicities and all cultural groups, have the same rights.

The lack of use of a title denoting authority between people in the United States is an example of equality. Titles, such as “sir” and “madam” are rarely used. It’s common to call managers, directors, presidents and even teachers (professors) by their first name.

Time: Being on time is imperative in the United States. Americans pride themselves in being punctual and making the best use of their time.

Whether it is in school, work, appointment or dinning, being on time is a sign a respecting other people’s time. Most Americans will apologize if they arrive late somewhere.

For instance, in school, students are encouraged to always arrive on time, and they are penalized if they come late to classes. Teachers are also expected to be on time. Students at most universities have institutional permission to leave the classroom if their instructor arrives 15 – 20 minutes late.

Informality: The lifestyle of the Americans is generally casual, you can see students in class dressed in shorts and T-shirts. Male instructors rarely wear ties and some of them may even wear jeans. Female instructors wear pants and comfortable walking shoes.

Greetings and farewells are usually short, informal and friendly. Students can greet each other with a simple “Hi”, “How are you?” or “What’s up?”. The farewells can be as brief as: “See you”, “Take it easy”, or “Come by some time”. Friendships are also casual; Americans seem to start and easily end friendships.

We speak of Latinos and Hispanics as a group because the sub-groups have similar cultural commonalities.

Hispanics (or Latinos) tend to be conservative/traditional in their lifestyle and culture. Male chauvinism in Latin men separates them clearly from Americans.

The Hispanic woman also has a very different role from her American counterpart. Those features are especially evident in recent immigrants.

Family. For Latinos, the family plays a central role. For this reason, they spend much of their time cultivating and strengthening their family ties. The lives of Latinos revolve around their families: their worries, gratifications and, of course, their dreams.

Etiquette. Extending the hand is the most common practice. A hug and a kiss on the cheek are also very common practices among men and women, close friends or relatives. Upon meeting someone new this is how Latinos greet each other.

Dining. In most Latin-American countries, a light meal is served as breakfast. Lunch is the biggest meal. In some countries, it is usual for all the members of the family to sit on the table to have lunch. After lunch, an early afternoon meal is usually served. It includes coffee ( tea or hot coffee with milk) and a sandwich.

This meal is usually very informal and it’s mostly served to the children.
At night, one last meal is served. Dinner is usually a small meal.

Religion. In the Hispanic world, religion plays a significant role in their daily activity. More than 90% of the world that speaks Spanish is Roman Catholic. The Catholic religion is religion predominant in Latino communities in the United States. The church influences life family and community affairs, giving a spiritual meaning to the Hispanic culture.

Group. Latinos are more concerned with the goals of the group. They feel well connected to the group and they will strive and work hard to help the needs of the community.

Key Differences Between Americans and Hispanics

In the chart below, review the differences between the views of “mainstream” American culture and Hispanic/Latino culture.

Another particularly important aspect of cultural differences is understanding the difference between the general market (especially the Anglo-Saxon population) and the Hispanic market if your business targets the Hispanics community in the United States.

5 Cultural Differences to Keep In Mind When You Market to Hispanics:

Whether you are marketing to Hispanics through traditional marketing or digital marketing, you need to know the Hispanic traits that determine the cultural differences that exist between Hispanics and Americans (the U.S. general market).

The Latino is friendlier and more open emotionally than the average American. It is not that Hispanics establish deep, long-term friendships immediately, but they tend to interact as if they did. On the other hand, in the Anglo-Saxon culture, it takes longer for people to open up to people whom they’ve just met. Americans need to know much about the other person before they let their guard down.

2. Recognizing The Presence of Others:

Although every human being needs to be recognized, this cultural trait is much more pronounced among Hispanics. The Latino really expects and appreciates if you dedicate time to them, if eye contact is made and that the conversation that takes place is genuine and not part of a memorized script that is delivered with a fake smile.

The average Latino feels comfortable maintaining social harmony. Sometimes it goes even deeper than that. It often becomes a necessity to maintain pleasant and conflict-free relations. The Hispanic individual may prefer not to address a problematic issue with another person in order to avoid social awkwardness. In other words, Latinos have more difficulty separating a particular issue from the personal relationship they have with the person they are dealing with.

For Americans, it is much easier to make this distinction. In fact, Americans can be in complete disagreement about something, but this does not affect their personal relationship with the other individual at all.

In social situations, for Hispanics, personal contact is extremely common. Some people joke that for Latinos there is no concept of personal space. Hugs, effusive handshakes, kisses on the cheek and pats on the arm are normal and to be expected during personal interactions, even when the two people have not known each other for very long. To Americans, however, these behaviors are not comfortable unless they are dealing with family or someone with whom they have had a relationship for many years.

Hispanics tend to have respect and admiration for authority figures. The judge, the doctor, the governor, the attorney, the newscaster, the president of a large company … all of these individuals are examples of people that the average Latino respects for the positions that they hold.

For instance, Hispanics are not going to tell their doctor that there was an ad on TV recommending medicine for a particular ailment. Nor will they request that medicine instead of the one they are currently being prescribed.

The average American would have no problem in doing this and the doctor would not be offended. However, for the Latino, that is considered a lack of respect.

This small summary of cultural differences may lead to a better understanding of the differences between Hispanics and Americans. I hope this information serves well to both groups.

If you’ve been to the United States before, what cultural differences did you find? Tell us and we will make sure to add them our article!