Home » Technology » Are smart speakers available for the multicultural consumer? 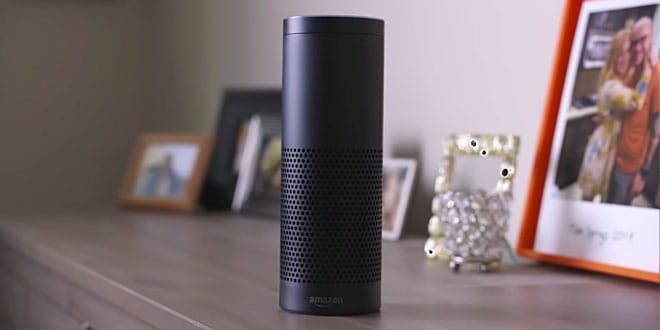 With technology constantly evolving and making life easier, it’s impossible not to have evidence of it in one’s own home. From smart TV’s to the latest mobile device, everyone has some form of technology in their house. Smart speakers have specifically become a popular trend in many homes.

Mario Carrasco, Co-Founder and Principal of ThinkNow Research, an award-winning culturally-integrated market research agency based in Burbank, CA, told Abasto that “some of the overall key takeaways are that multicultural consumers are really driving this adoption.”

“Younger consumers are by nature multicultural because the average age of multicultural consumers, especially Hispanics, is much younger than the general market. They are more likely to adopt technology at a faster rate,” he added.

ThinkNow recently did a study on how home voice products differ among multicultural consumers and what product is more popular with who.

For example, 30% of Total Market homes have a voice-controlled smart speaker. Millennials (ages 18-34) take up most of those homes, being twice as likely to have a Google Home device, compared to 35 to 64-year-olds.

African-Americans, Asians and Hispanics rule the world of voice-controlled speakers, being the top three ethnicities to own them.

2017 Multicultural Marketing Trends and What To Expect For 2018

It was also noted that Google Home has their device available in Spanish, which is a strong incentive for older generations of Hispanics to buy their product. Carrasco said that Amazon Alexa is in the lead due to the fact that 21% of the total market owns Alexa vs. 14% that own Google Home and 4% own another voice-controlled speaker.

“What is significant about Google Home is that significantly more Hispanics have Google Home than non-Hispanic whites… I think part of that is language,” Carrasco said.

Amazon Alexa, on the other hand, does not offer the option of having their voice-activated product in Spanish.

In a recent ThinkNow Voice podcast recorded with special guest, Juleyka Lantigua-Williams, CEO & Founder of Lantigua Williams & Co., there is a discussion about language and how important that is for multiculturalism, particularly with Hispanics.

“I think that smart technology has allowed us to go back to some of the fundamental ways that culturally, we communicate… I think that this technology has reverse cores in a very positive way that allow us to take advantage of those very strong ties that were forged orally,” Williams said.

How should technology be adapting to a multicultural consumer? According to a study done by Juniper Research, it found that 55% of homes will have smart speakers by the year 2020.