Home » Technology » Pinterest: 17 statistics that will help your business 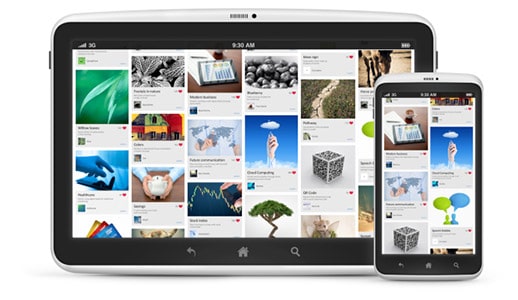 Are you still evaluating whether or not to join Pinterest? To leave no doubt about it, I give you these 17 incredible statistics so that you can begin planning your strategy right away.

1. In the United States alone, Pinterest has 53 million active users (that is 22% of the population older than 16 years of age, which was 243.3 million as of the last census) Twitter has 57 million, put this number includes USA users as well as Canada.

2. A 66% increase in visits year after year. More than any other social network.

3. Is your target audience women? While Instagram strives to better balance its visitors’ genders each day, 80% of Pinterest users are women. But more men join this visual search platform each time.

4. The average dollar amount of a sale generated through the platform is $123.50 versus $54.64 through Facebook.

5. It is better to have a site with adaptable design (meaning the site adapts to the platform in which it is viewed) because most of its users access the tool through their mobile phone.

7. Along with Snapchat, Pinterest is one of the Millenials’ (18-32 years old) favorite platforms. Snapchat is for younger users still, starting at 13 years of age.

11. 52% of “pinners” consult Pinterest as a guide while in a business.

12. Mothers share 3 times more than the rest of the users.

14. 30% of users prefer to be online than watch television and 64% is inspired by and tries an activity discovered through Pinterest .

15. 31% of users are not bothered by Pins promoted by brands.

17. 300% more referred traffic on average than traffic generated by Facebook with a smaller investment on budget, time, and effort.

Are these enough reasons to begin working on your Pinterest strategy?