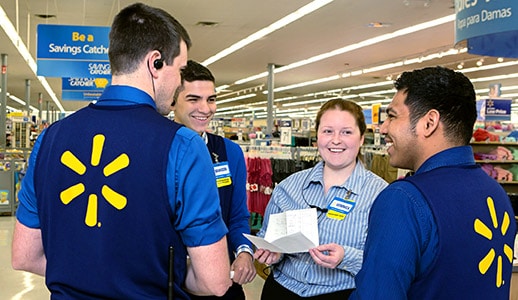 After being widely criticized for paying their employees low wages, Walmart Stores Inc, announced it will spend more than 1,000 million to increase the salaries of half a million workers in the United States.

The hike announced by the largest private employer in the United States covers about 40% of its workforce in the North American country, but is far from what some working groups have been asking for.

Walmart said its full-time and part-time employees will earn at least $9 per hour, or $1.75 above the current minimum wage starting on April. Current workers would earn at least $10 per hour as of February 1, 2016.

Groups of workers, led by ‘Our Walmart’, have been calling for the retailer to pay their employees at least $15 an hour.

Walmart, which has about 1.3 million employees in the United States, has been targeted by activists in the national contentious debate on proposals to increase the minimum wage of $7.25 an hour.

The world’s largest retailer also reported a profit for the fourth quarter better than expected, because consumers spent more of their savings in company stores because of lower gasoline prices in the United States.

Walmart reported a 1.5% increase in comparable sales in its second consecutive quarter of growth after six periods of flat or declining sales.

However, the company lowered its sales forecast for the year ending in January 2016, citing a strong dollar.