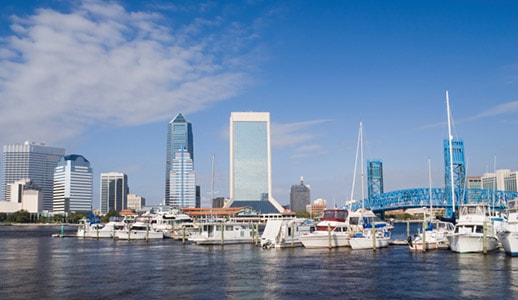 Throughout the United States we find a strong Hispanic presence is accentuated significantly in some cities like Los Angeles or New York, but are not the best choices to live.

According to a recent study by Forbes magazine, medium-sized cities, especially in the southeast offer the ideal environment for those in search of the American dream.

The study was developed taking into account the situation of Hispanics in 52 of the major US metropolitan areas, analyzing factors such as the homeownership rate, entrepreneurship and median level of household income. The growth of the Hispanic population in these cities 2000 was also taken into consideration.
According to the report, Jacksonville, north of Florida, is the city with greater opportunities for Hispanics because the houses owned by Latinos are estimated at a 55%, well above the national average of 43%. Furthermore the average household incomes are in the $ 50,000, surpassing the 41,000 national averages. As for self-employment, the level is 17%.

In the second place is Riverside-San Bernardino (south of California), followed by Baltimore (Maryland), Houston (Texas) and Washington DC.

According to the authors of the study, medium-sized cities are more attractive to Hispanics because unlike in big cities like Los Angeles or New York, it is easier to find quality homes at a competitive price.

Also, states like Texas, which has four cities in the top 10, perform much better after the economic crisis, which allows them to offer better jobs for lower skilled workers.
“What’s interesting about the results of our research is that most of the cities that rank highly are not large cities and are found predominantly in the Sun Belt (the area formed by the southern states), with the exception of Baltimore and Washington DC, “said Joel Kotkin, executive director of the Center for Urban Development Opportunity and author of the study.”Hispanics generally do better in growing cities with relatively low housing costs.”