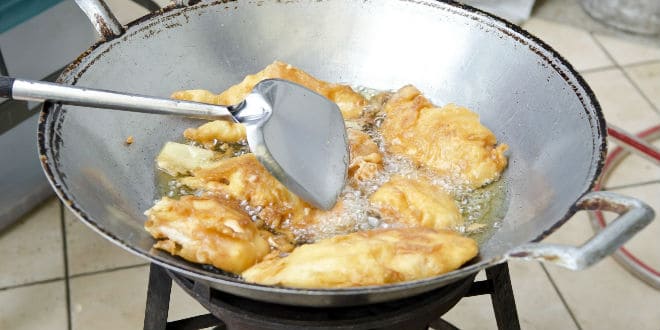 National fried chicken day, like every year, is celebrated on July 6th and NationalToday.com shares some tasty and slightly greasy data on dishes that are a part of the United States’ typical cuisine.

In this study, National Today asked 1,000 Americans how they feel about fried chicken.

Fried chicken is a comfort food and although it can be very greasy, well prepared, it can be very tasty and is enjoyed by millions of people around the world.

However, did you know that this dish originated in our own patio? Southern states are experts in this area. In reality, what really happened was that the Scottish techniques of frying chicken were fused with the traditions of African marinating and that’s how one of the world’s favorite meals was born in the U.S.

Fried chicken was a delicacy in World War II, but thanks to mass production techniques, we can now afford to buy it in almost any city in the world.

How to Prepare an Irresistible Cheese Dip with Carrots

Doreen Colondres is a celebrity chef. Author of the book The Kitchen Does Not Bite. Follow her on Facebook and Instagram @DoreenColondres and visit www.LaCocinaNoMuerde.com,  www.TheKitchenDoesntBite.com or buy her book on Amazon or Itunes.