Home » News » E.Coli Romaine Lettuce Outbreak: What You Should Know 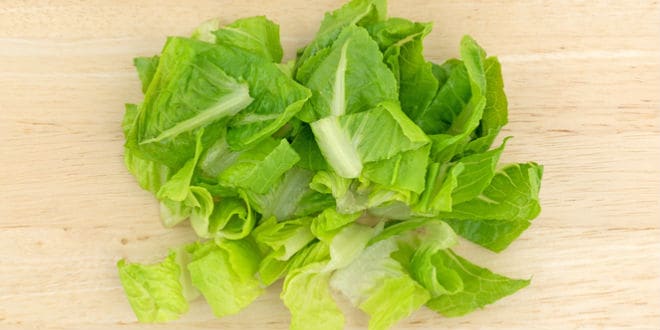 As of April 18, 2018, 53 people infected with the outbreak strain of E. coli O157:H7 have been reported from 16 states, said the Centers for Disease Control and Prevention.

“The leafy greens community takes the responsibility of producing safe leafy greens very seriously. Not only are the foods we grow eaten by our own families, but they are consumed around the world,” said Scott Horsfall, CEO of the California Leafy Greens Marketing Agreement. “Our deepest sympathies go out to those people whose lives have been impacted by this outbreak.”

Government health agencies have narrowed the cause of the outbreak to chopped romaine lettuce from the Yuma, AZ growing region. Investigators have not yet been able to identify a common supplier, distributor or brand.

Dr. Bob Whitaker, Produce Marketing Association Chief Scientist and Technology Officer, said that, “Nearly all of the romaine lettuce now being harvested and shipped throughout the United States is from California growing areas and is not implicated in the outbreak.”

Leafy greens production typically transitions from Arizona to California at this time of year. According to the Arizona Department of Agriculture, shipments of romaine lettuce from the Yuma, AZ growing region have ceased.

“We know that government investigators are doing all they can to pinpoint the exact source of the outbreak. In the meantime, people may be confused about what leafy greens are safe to eat,” said Horsfall.

To assist consumers, retailers and restaurants, the LGMA offers the following information:

According to the CDC, 31 of the 53 people who became ill due to E. Coli infection were hospitalized, but no deaths have been reported. For more information on the development of the E. Coli outbreak, visit the Centers for Disease Control and Prevention website.