Home » News » What Did CBP Find in Shipments of Broccoli, Ketchup, and Onions? 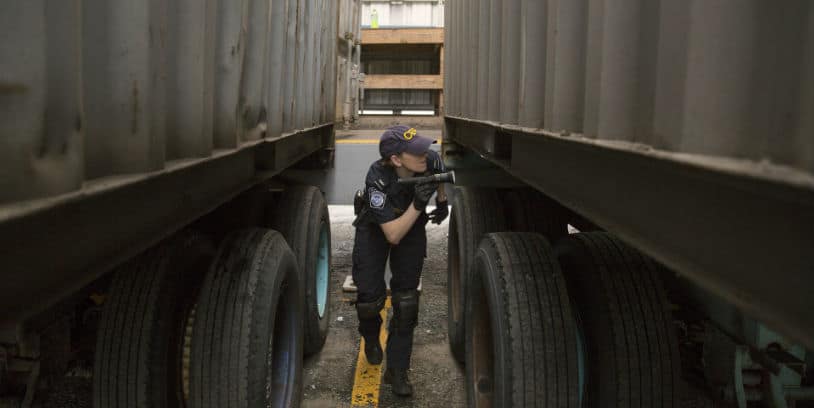 Hidden in trucks carrying broccoli, ketchup, and onions from Mexico, three shipments of narcotics worth about $49 million were discovered in the past few weeks, according to the U.S. Customs and Border Protection (CBP).

During routine inspections of a commercial trailer hauling a shipment of fresh broccoli at the Pharr International Bridge cargo facility in Texas, Customs officers discovered $16,094,000 of suspected methamphetamine.

“This is a substantial amount of hard narcotics that our officers have detected and seized from drug trafficking organizations attempting to smuggle these drugs across our border,” said Carlos Rodriguez, Port Director, Hidalgo/Pharr/Anzalduas Port of Entry.

On Aug. 3, a 51-year-old male Mexican citizen arrived at the Pharr-Reynosa International Bridge cargo facility driving a tractor/trailer that contained a commercial shipment of fresh broccoli, according to the U.S. Customs and Border Protection (CBP).

A CBP officer referred the shipment for further inspection, which included non-intrusive imaging (NII) system inspection that allowed the officers to discover packages of suspected narcotics concealed within the trailer. The inspection continued into the following day when ultimately officers removed 1,561 packages of alleged methamphetamine that weighed 804.69 pounds.

The cargo truck and narcotics were seized and the driver, a native of General Escobedo, Nuevo Leon, Mexico, was detained while the investigation continued.

Related Article: What is the FDA’s Strategy for the Safety of Imported Food?

On July 17 at the Pharr-Reynosa International Bridge cargo facility, CBP agents encountered a tractor/trailer hauling a manifested commercial shipment of ketchup from Mexico, which was referred for further inspection.

Using all available tools and resources, including a canine team, officers discovered that the buckets contained more than ketchup. Officers removed 968 packages of alleged marijuana that were hidden within the buckets and have a street value of $1,529,000, said the CBP.

On July 9 at the Pharr International Bridge cargo facility in Texas, Customs agents seized a large amount of alleged methamphetamine valued at $30,556,000 that was being smuggled in a commercial tractor/trailer hauling fresh onions from Mexico.

According to CBP, a 35-year-old male Mexican citizen from Guadalupe, Nuevo Leon, Mexico arrived at the Pharr-Reynosa International Bridge cargo facility driving a tractor/trailer that contained a commercial shipment of fresh onions.

A CBP officer referred the shipment for further inspection which included the utilization of non-intrusive imaging (NII) technology and after physically inspecting the entire conveyance, officers discovered 221 packages of alleged methamphetamine weighing 1,527.20 pounds (693 kg) concealed within the roof of the trailer. CBP seized the narcotics, the 1988 Volvo truck, and the 2010 Utility trailer, and arrested the driver.