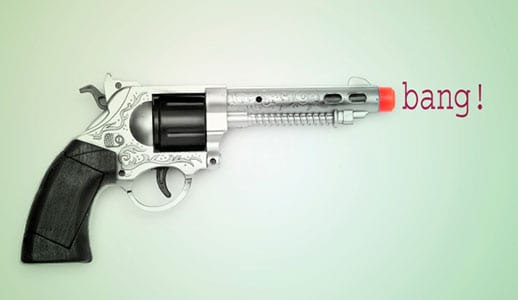 Several retail chains in New York, with Walmart, Sears and Amazon among them, decided to withdraw realistic toy guns from their shelves as part of an agreement with the state authorities.

The prosecutor’s office found that more than 6,400 toy guns sold between 2012 and 2014 violated the laws of New York, one of few states that introduced a new provision in 2015 to create or amend toy guns laws.

The pressure to restrict toy guns has grown in the last year, because of the death of Tamir Rice, a 12-year-old, who was playing with a toy gun when he was shot by a policeman in Cleveland in November.

Schneiderman’s office said that enforcement actions have two objectives: to reduce crimes involving toy guns in thefts, and help prevent mistakes by police that can end in tragedy. Since 1994, there have been at least 63 shootings in the state of New York because of imitation or toy guns. At least eight of these cases resulting in death.

Federal law requires that toy guns have an orange stripe near the top, but the more restrictive measures may vary by state and city. New York’s law prohibits the sale of black, blue, silver or aluminum color toy guns, while the city of New York is more stringent, requiring that imitation guns have to be brightly colored or translucent.