Home » News » US vs. China: War on Tariffs Begins 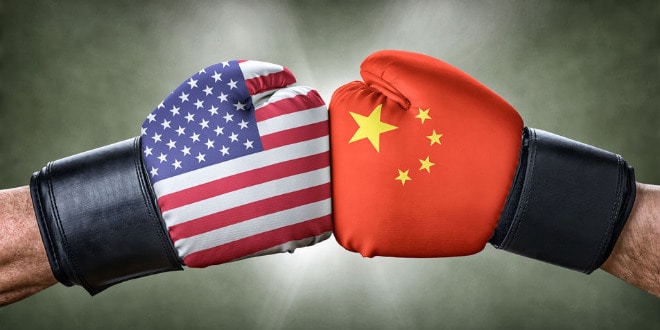 President Trump’s announcement of considering tariffs on an additional $200 billion in Chinese goods if China does not yield to U.S. demands has caused an immediate reaction from many, including the National Retail Federation (NRF).

The NRF released a statement from President and CEO Matthew Shay, calling for Congress to step in.

“This is just what we predicted – a tit-for-tat trade war has erupted and American families are caught in the middle. Higher prices for everyday essentials and lost jobs threaten to sap the energy out of the strong U.S. economy just as most Americans are starting to enjoy the benefits of historic tax reform. This reckless escalation is the latest reminder that Congress must step in and exert its authority on trade policy.”

According to a study conducted earlier this year for the NRF and the Consumer Technology Association, the study found that tariffs on $50 billion of Chinese imports, as announced last week, would reduce U.S. gross domestic product by nearly $3 billion and lead to the loss of 134,000 American jobs, with four jobs lost for every job gained. Imposing tariffs on an additional $100 billion of Chinese imports would bring the total impact to a $49 billion reduction in GDP and the loss of 455,000 jobs, according to the NRF.

Tariffs of 25 percent on about $34 billion of Chinese products will go into effect on July 6 and apply to 818 goods. The administration is also proposing tariffs on 284 goods equal to $16 billion worth of imports, which would come later and be subject to additional public comments.

The list generally hits industrial goods rather than consumer items, according to the USTR statement.

“It generally focuses on products from industrial sectors that contribute to or benefit from the ‘Made in China 2025’ industrial policy, which include industries such as aerospace, information and communications technology, robotics, industrial machinery, new materials, and automobiles,” the statement read. “The list does not include goods commonly purchased by American consumers such as cellular telephones or televisions.”

However, the tariffs would still affect the food and beverage industry, with China proposing to increase duties on 106 U.S. products, including airplane, car and soy beans. According to a graphic done by Jin Wu in Reuters, $122.44 million prepared foodstuffs, beverages, spirits and vinegars would be affected, not to mention the additional $13.93 billion soybeans. Salmon, lobster, whiskey and orange juice would also be hit with tariffs, according to the Yakima Herald-Republic.

According to Food Business News, the impending 25% Chinese tariffs on U.S. soybeans, wheat, corn, beef, pork, poultry, seafood and other products could have a long-term impact on farmers. “A recent study by Purdue University economists predicts that soybean exports to China could drop by a whopping 65% if China imposes a 25% tariff on U.S. soybeans,” Davie Stephens, vice-president of the American Soybean Association and a Kentucky soybean grower, told Food Business News.

China said it would also strike back with tariffs of 25 percent on about $50 billion of American-made products, according to the country’s Commerce Ministry in a release. The tariffs would be on about $34 billion of goods, including agricultural products, automobiles and seafood, scheduled to take effect the same day as the United States tariffs.