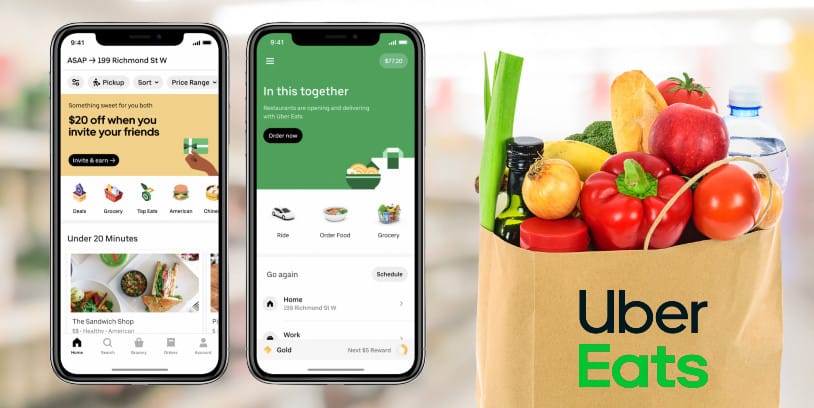 Uber Technologies announced its partnership with Albertson Companies to deliver groceries from 1,200 stores, the company’s most significant expansion in the grocery sector since launching in July 2020.

Uber and Uber Eats customers now have on-demand and scheduled grocery delivery available to them in more than 400 cities and towns across the United States, including major markets such as San Francisco, New York, and Washington DC, the company said in a statement.

The partnership with Albertsons is Uber’s first major expansion into the U.S. grocery sector, doubling the availability of the service’s offering and accelerating its rollout in the grocery sector. By the end of the year, Albertsons expects the grocery delivery service with Uber to be available in all 1,200 stores.

“This past year has been one of incredible growth for grocery delivery,” Raj Beri, Uber’s Global Head of Grocery and New Verticals. “Today, nearly three million consumers order groceries and other essentials each month through Uber, and we’re just getting started. By adding thousands of beloved grocers to our selection this year, we are fast-tracking our efforts to help Americans get everything they need from their favorite supermarket delivered to their doorsteps.”

Since launching in July 2020, Uber has seen consistent growth in the U.S. for its grocery category. Major U.S. metro areas now include Miami, Dallas, New York City, San Francisco, Washington D.C., and Phoenix, with more to come throughout 2021.

In the U.S. and around the world, Uber is uniquely poised to meet consumers’ growing desire to get the things they need from grocery stores and other merchants in an on-demand fashion within hours—if not minutes—rather than days, according to the company.