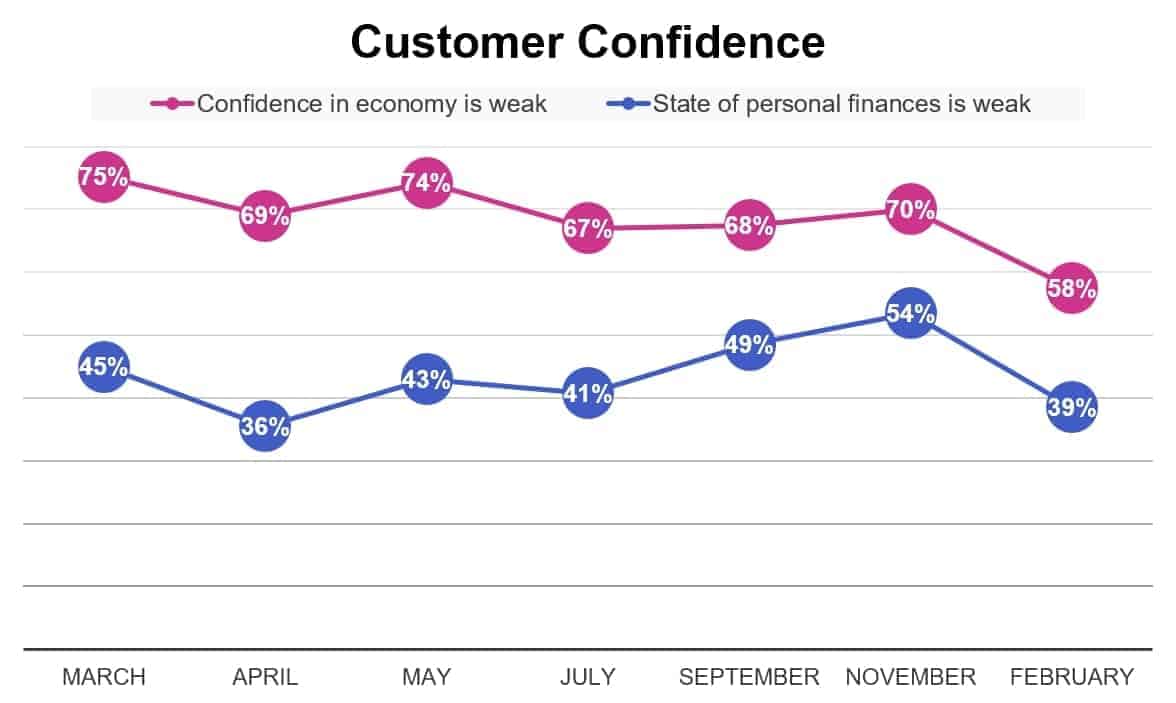 Dunnhumby, the global leader in customer data science, today released findings from a year-long worldwide study of the impact of COVID-19 on customer attitudes and behavior across 22 countries.

The seventh wave of the dunnhumby Consumer Pulse Survey found that Americans, for the first time since the pandemic began, are beginning to feel noticeably better about personal finances and are now prioritizing value over speed when they shop.

The latest wave found that 58% of U.S. consumers reported that the U.S. economy is weak, a sharp drop of 17% from last March when 75% reported the economy was weak. The study also found that 39% of consumers reported that their finances were poor, a drop of 15% from just November when 54% reported their finances were in bad shape and in the court was in the grips of the third wave of the pandemic. Americans are now at the lowest level of worry about the virus (23%) since the crisis began and have dropped nine percentage points since November on the dunnhumby Worry Index.

Even though U.S. consumers’ confidence is beginning to rebound, consumers remain concerned with the cost of food with 43% saying they are paying more than they did before the pandemic. In contrast, just 24% reported they are paying less for food. As a result, 80% are taking at least one action to seek value with the most popular action being to shop at stores with everyday low prices (52%). Consumers return to value-seeking aligns with the dunnhumby 2021 Grocery Retailer Preference Index which postulated that the importance of value would return once consumers worry about the virus dissipated.

“While this wave marks the first time since the pandemic struck that consumers are feeling better financially, we are also seeing value-seeking driving shopping behavior,” said Grant Steadman, President for North America at dunnhumby. “It’s noteworthy that consumers are now prioritizing value instead of speed, which was their key driver for much of 2020.”

Survey respondents rebounding confidence aligns with the University of Michigan’s consumer sentiment survey which increased more than 8% in March to its highest level in a year but still 7% below where it stood pre-pandemic. And survey respondents concerns with the higher cost of food also align with Consumer Price Index Summary which reported that “food at home index increased 3.5 percent over the past 12 months.”

Key findings from the study:

Approximately 400 individuals were interviewed in each country for each Wave of the study, and respondents were roughly 60% female and 40% male.