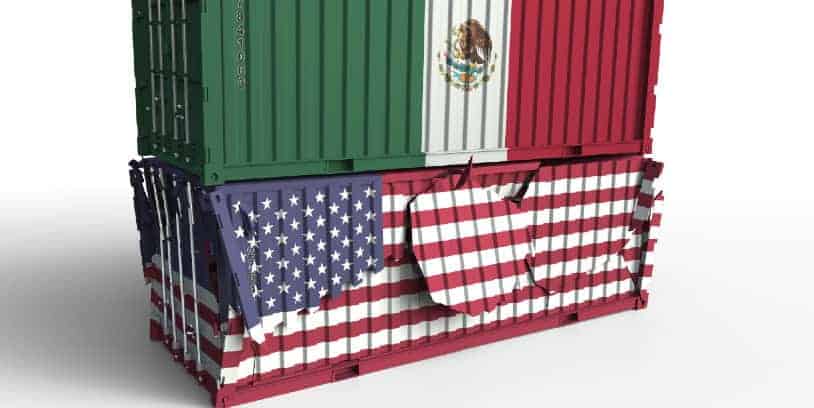 More than 20 agricultural and food associations expressed their concern over the deterioration of trade relations between the United States and Mexico due to recent actions by the neighboring country that are hurting farmers and ranchers in the United States.

The American Farm Bureau Federation, along with 26 other organizations, sent a letter to Secretary of Agriculture Tom Vilsack and U.S. Trade Representative Katherine Tai regarding U.S.-Mexico trade relations.

The signatories, which represent a large portion of the agri-food sector, are responsible for approximately one-fifth of the country’s economic activity, directly supporting more than 23 million jobs, constituting nearly 15% of total U.S. employment.

In the letter to the Secretary of Agriculture and the Trade Representative, they recognize that Mexico is one of the United States’ most important trading partners in food and agriculture.  NAFTA has brought great benefits to both countries, and the United States-Mexico-Canada Agreement (USMCA) promises to build on those benefits.

However, they warn that “the food and agriculture trade relationship with Mexico has declined markedly, a trend USMCA’s implementation has not reversed.”

Zippy Duvall, president of the American Farm Bureau Federation, said, “AFBF is extremely concerned with the rapidly deteriorating relationship between the U.S. and our neighbors to the south. We built strong trade ties with Mexico through NAFTA and improved upon them with USMCA, but recent moves by Mexico to limit American imports and to undercut prices in the U.S. puts America’s farmers and ranchers at a competitive disadvantage.”

“We urge Secretary Vilsack and Ambassador Tai to engage with Mexico and enforce the agreements between our two countries to ensure farmers have a level playing field and continue to lead the world in producing safe, affordable food,” Duvall added in a press release.

The agri-food associations highlighted eight significant areas of concern in the trade relations between the two countries that the U.S. government should act on: