Home » News » The Economy Continues its Fight to ‘Keep a Recession at Bay,’ says NRF 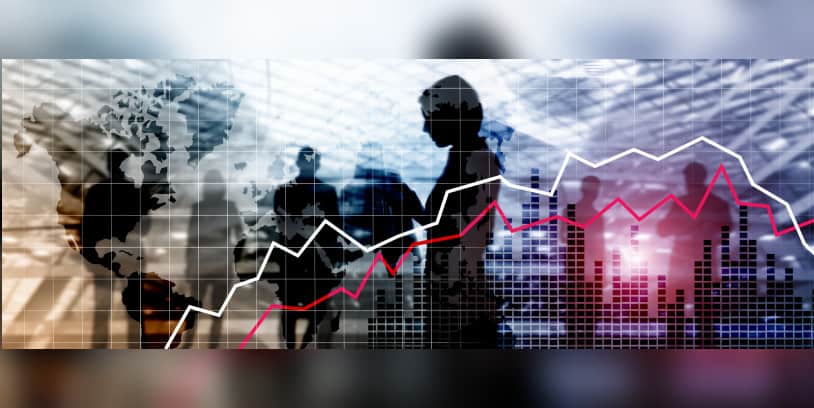 Despite two consecutive quarters of decline, the U.S. economy still does not appear to be in a recession and remains unlikely to enter one this year, National Retail Federation Chief Economist Jack Kleinhenz stated.

“Back-to-back contractions have heightened fear of a recession, but while the economy has lost momentum heading into the second half of the year, economic data is not yet consistent with a typical recession,” Kleinhenz said. “Our view is that while the economy is functioning at a slower pace, it is likely to avoid a recession this year. Despite ongoing uncertainties, we believe the economy’s underlying strength is strong enough to deal with inflation and keep a recession at bay – or short-lived even if we are wrong.”

Kleinhenz’s remarks came in the August issue of NRF’s Monthly Economic Review, which noted that gross domestic product declined 1.6 percent year over year in the first quarter and 0.9 percent in the second quarter. Two consecutive quarters of decline is a common informal indicator of a recession, but the official declaration is up to the National Bureau of Economic Research, which defines a recession as a significant decline spread across the economy. The bureau has yet to rule on whether the current downturn meets that definition.

Even with two-quarters of GDP decline, private final sales to domestic purchasers – a key measurement of both consumer and business spending – remained in positive territory for the first half of the year, up 3 percent in the first quarter and flat in the second, the MER report said. Other indicators, including employment, retail sales, income, and industrial production, have seen slower growth, but none have contracted.

Kleinhenz said that a critical indicator that could signal the onset of a recession would be a significant downturn in employment. But the unemployment rate stood at 3.6 percent in June, nearly half a percentage point lower than the beginning of the year and only slightly above the 50-year pre-pandemic low of 3.5 percent seen in January 2020.

Meanwhile, payrolls grew at an average monthly rate of 539,000 in the first quarter and 375,000 in the second quarter. And retail sales as defined by NRF – excluding automobile dealers, gasoline stations, and restaurants to focus on core retail – were up 7 percent year over year in the first six months of the year.

Even though economic indicators remain strong, Kleinhenz said “it is now clear that the world has changed” since the beginning of the year, citing factors that could not be anticipated earlier, including the persistence of COVID-19, continuing supply chain challenges, the ongoing war in Ukraine and other issues that have driven the highest inflation rates in 40 years.

With the economy “clearly navigating challenging headwinds that leave us far from a safe port,” he said, NRF has “adjusted several levers” that affect its economic outlook. NRF now expects GDP to grow 2 percent for the year rather than 3.5 percent.

The savings rate is expected to fall as consumers dip into their pandemic-era savings to pay for high food and energy costs as well as discretionary spending for travel and entertainment. NRF has also factored in revised retail sales numbers released by the Census Bureau in April, which increased NRF’s calculation of retail sales for 2021 to $4.61 trillion rather than $4.58 trillion.

Even with those adjustments, NRF “remains constructive in our outlook” and continues to expect that 2022 retail sales will grow between 6 percent and 8 percent over 2021.

“At this juncture, the key concern remains inflation and the Fed’s policy moves to contain it,” Kleinhenz said. “As the central bank attempts to adjust monetary policy, it faces the dangers of continued inflation if it doesn’t do enough and a recession if it goes too far. Consumer reaction to interest rate hikes is hardly immediate or predictable, making it impossible to judge the effect of the Fed’s reactions in real time and quickly correct any oversteering.”