Home » News » Target sees light at the end of the tunnel 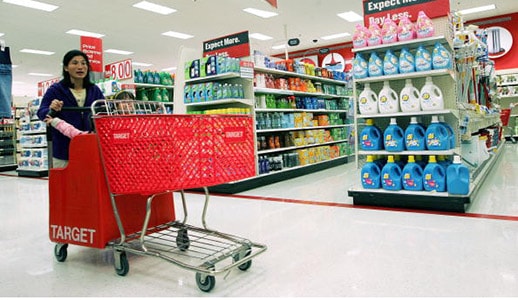 Despite recent scandals from their cyber attack and following the decision to close its operations in Canada, Target Corp reported a higher than expected comparable sales and earnings for the fourth quarter.

Comparable sales for Target, from shops that have more than one year of operation, rose 3.8% in the period from November to January, when it was expected that growth was only 3%, due to the announcement of theirdeparture from the Canadian market.

According to the company, the adjusted earnings per share, which excludes loss on the departure from Canada, was 1.50 dollars in the fourth quarter. The result exceeded forecasts of between 1.43 and 1.47 dollars the same company delivered last month.

The figures suggest that Target has advanced strongly after the damage caused by their consumers’ information leak in 2013, which led to a change in management last year.

The company is now focusing its resources on its US business after withdrawing of Canada, which caused a loss before tax of 5,100 million in the fourth quarter.

The company benefited from strong sales of products in core categories such as infants, children, exercises, plus the results from the efforts to reduce costs.

“We hope that these efforts will allow us to grow in revenue and deliver more money to our shareholders in 2015 and beyond,” said CEO Brian Cornell in a statement.

Moreover, the company reported $ 162 million in expenses as a result of the cyber attack during the 2013 holiday season.

The attack allowed hackers to steal personal information including credit card from at least 110 million customers.

The costs are divided by $17 million for 2013 and a total of $ 145 million in 2014. Originally the costs to address cyber theft were $252 million before the insurance company reduced the store’s responsibility to $162 million.