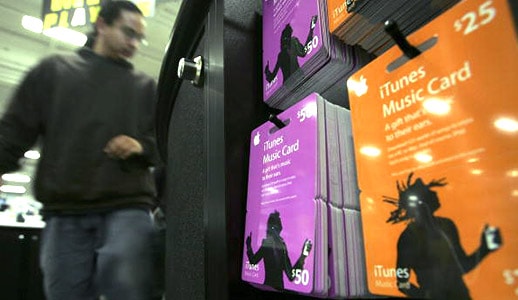 Apple was sentenced by US courts to pay 532.9 million dollars for the use of three patents from the US firm SmartFlash when creating their online store iTunes.

As reported by AFP, SmartFlash agency whose activity is based on the valuation of a portfolio of patents, filed a complaint in 2013 and claimed initially $852 million, a sum equal to a percentage of sales through iTunes.

According to SmartFlash one of the inventors of these technologies had met in 2000 with a representative of the French company Gemplus, later called Gemalto, to present their creations. This man later became an Apple employee.

Initially this demand was also directed towards developers who used this technology without authorization, but developers decided to remove all traces of this patent to avoid going to court. However, Apple, convinced that these patents were invalid, they decided to go it alone and face SmartFlash.

The court in Tyler (Texas) considered that Apple actually violated patents on the management and storage of data in payment systems and also did it knowing they were committing the violation of the patent.

In their defense, Apple argued that patents were invalid and that other companies had registered similar technologies, and these, however, were not worth more than $4.5 million.

In the Texan court, Apple was sentenced in 2013 to pay a fine of $368 million for violating VirnetX’s patents. This decision was later overturned by a federal appeals court and the case was forwarded to another court for retrial.