Home » News » Sweets and Snacks Expo: A Sweet Treat For the Confectionery World 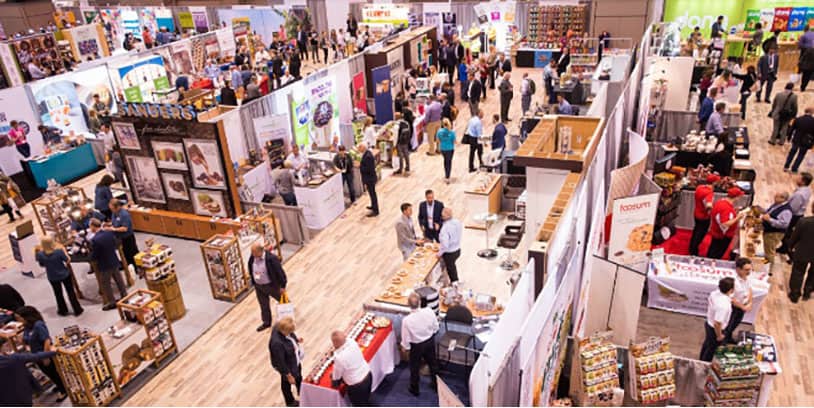 From chocolates to candies to snacks, sweets is a topic that has fascinated many and is beloved by millions. The confectionery industry also accounts for 465,000 jobs.

Recently, the Sweets and Snacks Expo was launched from May 22 to the 24th in Chicago with the goal to unite candy and snack lovers across the world. With more than 800 exhibitors and nearly 18,000 candy and snack professionals, the event was full of new innovation, new products, new trends and new ways to captivate snack lovers.

“…We’re all about continued improvement of the show and so there’s so many aspects to a show from the density to the services to even the signage and branding… We meet all year long… We talk about how to increase customer involvement, how to get more customers engaged, as well as how to bring new exhibits, how to make sure we let the new candy companies come in- the smaller, the larger… we try to make it a very well rounded, diverse show,” Brindle told Abasto.

Along with Mondelez’s chipotle chips, the expo showed the effect Hispanics have on the market. From avocado chips to spicy and sour gummies to Dia de Los Muertos skeleton lollipops, the show was exploding with Hispanic influence.

The expo had educational sessions focused on the multicultural consumer

The session discussed insights on multicultural shoppers as well as recommendations on how to capture that demographic consumer.

“…In a year and a half, by 2020, what we’re going to see is the youth of America will already be majority multicultural, it will be over 50%… Of that population, half of those will be Hispanics, so roughly one fifth of all the children in the U.S. will be Hispanic… This is really not just a multicultural endeavor, but with all the crossover opportunities, it spills over to the general population. So, in a large sense, a lot of the things you could do to attract multicultural will also attract other consumers,” said Parra.

The show’s highlights included the 2018 Innovative new product awards, the specialty market hall, which featured organic and premium snacks, the new product showcase and the latest trends in merchandising and technology.

According to the Sweets and Snacks website, Chicago is a perfect location for the expo because the state of Illinois is one of the top five confectionery-producing states in the U.S. More than 60 confectionery manufacturers in the state employ nearly 7,700 people and produce $4.49 billion worth of confectionery shipments each year, according to the company page.