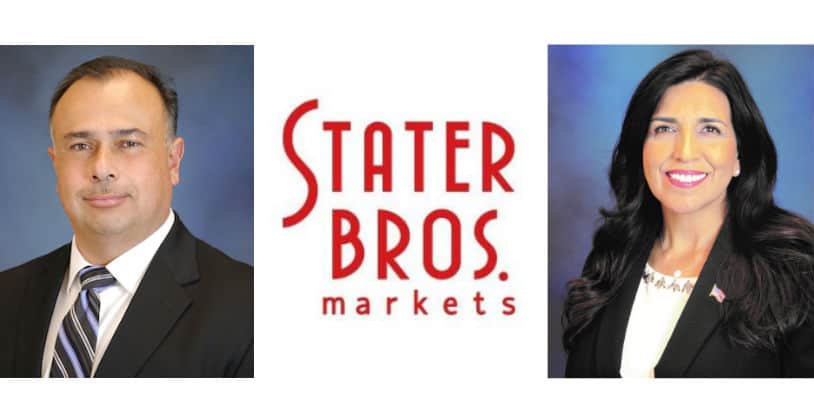 According to the company, Luna will continue to report to the store chain’s Executive Vice President of Retail Operations, Keith Thomas. In this role, Luna will direct retail operations for a regional area served by Stater Bros. Markets.

Luna has over 32 years of experience in the grocery retail industry. She began her career in this industry in 1988 as Courtesy Clerk at Lucky Stores, and in 1999, during the acquisition of Albertson’s and Lucky Stores, Luna joined Stater Bros. Markets as a store manager in the Fullerton area.

Luna earned a Bachelor of Science in Human Resource Management from Western Governors University and also graduated from the Food Industry Executive Program at the University of Southern California (USC). In addition, she is a member of the Company’s Update Committee, the Energy and Sustainability Committee, and the Electronic Commerce Committee.

A Leader in Innovation at Stater Bros.

Gil Salazar, a technology veteran, was promoted by the supermarket chain to the position of Senior Vice President of Information Technology and will continue to report to Stater Bros. Markets CEO Pete Van Helden.

In this position, Salazar will continue promoting the area of ​​innovation, critical to satisfy the current and future needs of clients and all areas of the company.

According to the chain of stores, Salazar is part of the Company’s Executive Leadership Team that evaluates and establishes key strategies for the company.

Salazar brings more than 31 years of experience in information technology to his role. Before Stater Bros. Markets, Salazar served as Director of IT Services for Hyundai Capital America. He also served as Director of Information Technology for Partners Consulting, providing IT services to clients in multiple industries; Associate Vice President of IT Services at AIG; Vice President of Information Technology for Ford Motor Credit; and Senior Manager of Systems Infrastructure for ConAgra Foods Inc.

He graduated from the Executive Management Program at the University of Southern California (USC) and is a member of the Information Systems Audit and Control Association. Additionally, Salazar is a member of the Stater Bros. Charities Board of Directors.