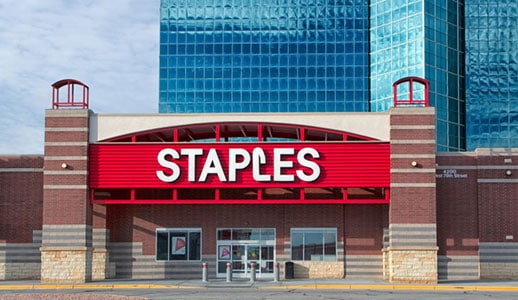 Staples and Office Depot continue working with authorities regarding the review extension for their potential merger.

After several months of review by US regulatory authorities, retailers Staples and Office Depot are still not receiving approval for the transaction.

Monday Staples announced that it reached an agreement with the Federal Trade Commission to extend the review period to acquire Office Depot for 6.3 billion until next December 8.

This extension for the review period by US regulators comes after the European Union announced a detailed investigation last month about Staples’ plan to purchase Office Depot. The purpose of the extended review is to clarify the impact this potential merger will have on European Union markets.

According to analysts, these revisions could lead to an increase in the purchase price. Similarly, the FTC could approve, deny or impose conditions as a sale of assets on the retailers’ merger.

The companies said they will continue “working with regulatory authorities in the European Union, the United States and Canada,” in order to move forward with the merger. Regulators in Australia, New Zealand and China have approved the transaction.

Office Depot employs about 2,000 people at its headquarters in Boca Raton, Florida. If the FTC and other regulatory agencies authorize the merger, the combined company will be headquartered on the Staples campus in Framingham, Massachusetts.

We’re pleased to reach an agreement with the FTC to extend the review period for the Office Depot transaction,” said Ron Sargent, president and CEO of Staples.

“We’re pleased to reach an agreement with the FTC to extend the review period for the Office Depot transaction,” said Ron Sargent, president and CEO of Staples. “This transaction will enable us to better serve our customers and to compete in an evolving marketplace. We will continue working in cooperation with the Federal Trade Commission.”

Readers will recall that Staples tried to buy Office Depot in 1996. However, the deal was blocked by US regulators in 1997.