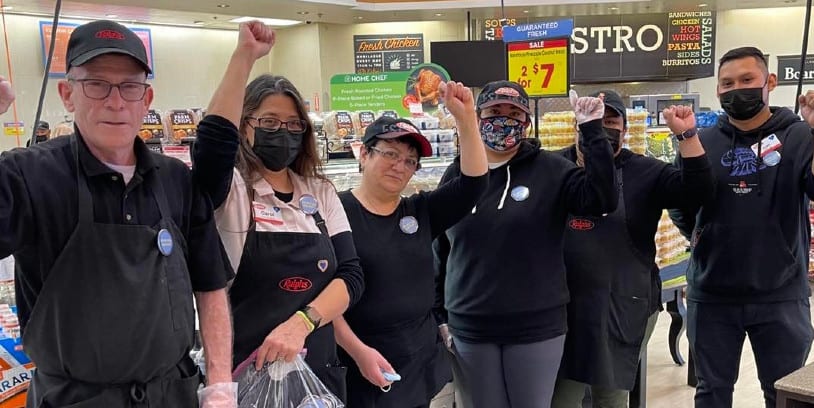 “This is a great agreement that will help turn grocery store jobs around and make tangible improvements in our lives. We could not have achieved this without the community’s support and the energy and participation of all our members who were determined to make their hard and essential work count,” said Rachel Fournier, a cashier at a Los Angeles Ralphs store and a bargaining committee member.

The agreement was reached a week and a half after the United Food and Commercial Workers International Union 770 announced Saturday, March 25, that Southern California supermarket workers had voted to strike, if necessary.

“This tentative agreement is a big deal, and we are all excited. We grocery workers have served our communities during the most difficult times of our lives. We kept stores open and have contributed to the success of the companies. This is a well-deserved contract that we look forward to ratifying very soon,” said Manny Estrada, a pharmacy employee at a Grover Beach Vons store and a negotiating committee member.

Once members of the seven UFCW local unions covered by the agreement can review and vote on this tentative contract, more details will be forthcoming, said the union. Nothing is finalized until the membership decides and votes.

Robert Branton, vice president of operations at Ralphs, told the Los Angeles Times in a statement, “We are pleased that this agreement allows us to put more money in our associates’ paychecks and secures healthcare and pension plans.”