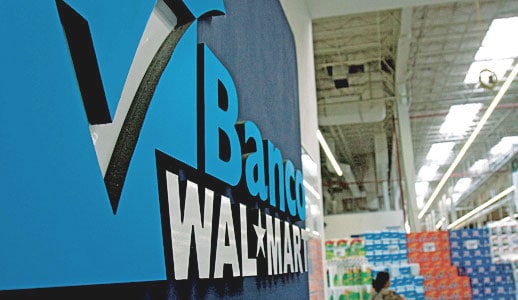 Thus, the retail giant’s financial division in Mexico will join Slim’s financial branch, Banco Inbursa. This movement, coupled with the recent purchase of another Brazilian company, shows a deepening of his banking business in a delicate moment for his flagship company, America Movil, which was affected by divestments to overcome the limitations of Mexican antitrust laws.

In 2007, Walmart obtained a banking license to develop the financial business in Mexico, aiming to capitalize on the model of integration between the retail and consumer credit services. The intention was to offer finance to Walmart’s customers for their purchases without leaving the property.

Walmart saw the need to establish an alliance with BBVA Bancomer, the largest bank in Mexico. In 2013, the agreement was finalized, which consisted on promoting Banco Walmart’s financial products  through Bancomer’s commercial network. In 2014, their profits fell more than 30%, while the quality of their loan portfolio gradually deteriorated. The delinquency rate of Banco Walmart brushed 5% at the end of last year, well above the 3% industry average in Mexico.

The agreement reached between the two companies was announced in December last year and was awaiting confirmation by the regulatory body.

The cancellation of the alliance between BBVA Bancomer and Walmart de Mexico, which consisted in granting credit cards to their customers, as well as Sam’s Club and Suburbia, had a negative impact on the bank in terms of number of customers, according to figures from the National Banking and Securities Commission (CNBV).

Banco Inbursa is the eighth financial institution with assets of over 18,500 million and a portfolio of over 13,000 million. By acquiring Banco Walmart, they will add its 1.5 million customers, a loan portfolio of more than 400 million.

One of the great attractions for Slim’s financial branch, focused mainly on commercial lending, is the assault on the extensive network of local Walmart in Mexico and the entry into the consumer finance business.