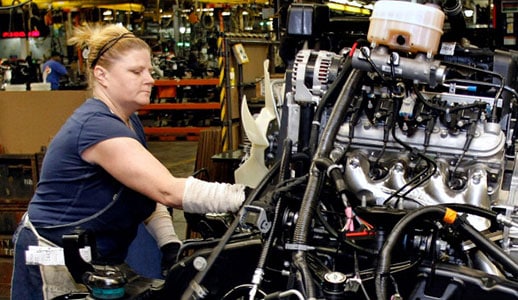 In March employers in the United States recorded the lowest worker hiring level in over a year, with a net gain of only 126,000 jobs.

The report released on Friday by the Department of Labor also indicates that the unemployment rate continued at 5.5%. Among the major ethnic groups, the behavior was equally checkered.

Unemployment among Asians fell by eight tenths to stand at 3.2%. African Americans’ rose from 10.4% to 10.1%, while Hispanics grew by two tenths to settle at 6.8%. The unemployment rate among whites remained unchanged at 4.7%.

In addition, the Department of Labor revised the job creation report for the first two months of the year and reduced it by a total of 69,000 jobs compared to previously published figures.

By March the creation of new jobs was about half the 250,000 that economists estimated.

While recruitment increased in businesses and restaurants services, it declined in the areas of mining, including the oil industry that has been affected by the declining oil prices. Some analysts say an unusually cold winter negatively affected recruitment.

The data shows that the number of unemployed in the United States suffered little change reaching 8.6 million people.

Meanwhile the White House believes the March report reflects a steady job growth despite recent trends. “The rate of unemployment remained stable, broad measures of unemployment fell and wages continued to rise,” they stated, which also adds that several factors including the weather and the slowdown in the global economy have affected the economic data from the first four months of the year.